The subject of a memorandum of understanding announced on 23 June, the P2012 Sentinel Special Mission Platform (SMP) will be equipped with Leonardo’s Airborne Tactical Observation and Surveillance (ATOS) Light system for intelligence, surveillance and reconnaissance (ISR) tasks. 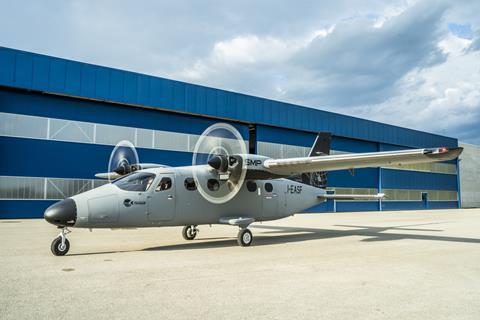 Surveillance adaptation of the P2012 offers endurance of up to 9h

Describing their offering as “a truly unique combination”, they say the Sentinel SMP will be capable of “delivering the mission capabilities normally associated with higher-class platforms at a fraction of their acquisition and operating costs”.

Once fitted with the ATOS Light suite and at a maximum take-off weight of 3,680kg (8,110lb) carrying up to two pilots and five mission system operators, the development will offer an up-to 9h endurance, the partners say. 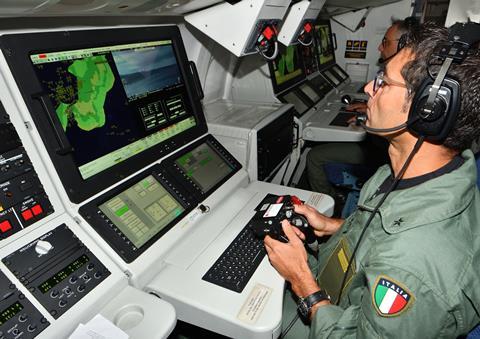 Utility aircraft will be equipped with Leonardo’s ATOS mission system

“The payload capacity and large cabin volume allows for excellent mission performance with plenty of space for the installation of sensors and the operators’ workspace,” they add.

Tecnam’s P2012 Traveller is already in service in a nine-seat passenger configuration. Cirium fleets data indicates that 40 of the Italian-built type are in current use, with US carrier Cape Air the lead operator, with 29 of the type in service.