​The US Navy (USN) picked Raytheon and BAE Systems to develop and demonstrate competing versions of a dual-band towed decoy for its Boeing F/A-18E/F Super Hornet fleet.

The US Navy (USN) picked Raytheon and BAE Systems to develop and demonstrate competing versions of a dual-band towed decoy for its Boeing F/A-18E/F Super Hornet fleet.

The service awarded Raytheon $33 million and BAE Systems $36.7 million to develop and demonstrate their next generation of decoys over a 27-month period, the USN says in a media release on 1 November.

Towed decoys are meant to trick an enemy missile into thinking it is tracking and targeting a fighter aircraft, when really it is aimed at the decoy. The decoys are dragged behind fighters using a long cable and create a larger radar cross-section than the aircraft it is protecting by emitting a deceptive pattern of radio frequencies. 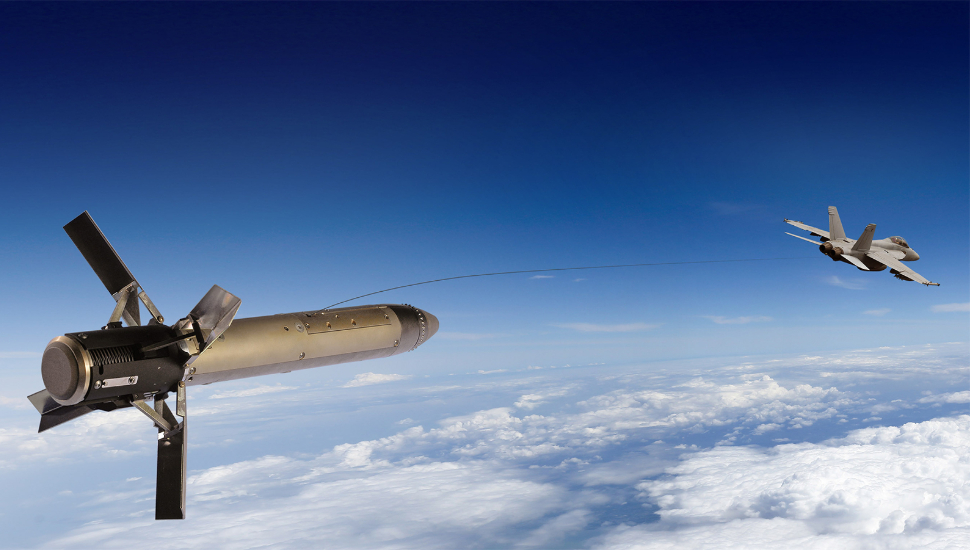 Typically, towed decoys offer several layers of defence for their parent aircraft. Within the cable attaching the decoy to the fighter aircraft is a fiber optic line meant to help the two communicate and change electronic warfare tactics as the situation changes.

Initially, decoys are programmed to use their radio emitting abilities to jam and then confuse a radar’s ability to track a fighter aircraft. Sacrificing the decoy to an oncoming missile is seen as a last resort.

Raytheon and BAE Systems plan to develop enhanced versions of the decoys they already supply for the USN’s F/A-18E/F Super Hornet as part of the competition. For its part, BAE Systems manufactures the ALE-55 decoy. Raytheon makes the ALE-50 decoy.

The USN, Raytheon and BAE Systems did not disclose how the next generation of decoys would be enhanced. Electronic warfare techniques are closely guarded secrets by most militaries.