​The US Air Force’s (USAF) Air Combat Command awarded seven companies contracts worth $6.4 billion in total to provide mock dogfighting and aerial combat training services over the next five years.

The US Air Force’s (USAF's) Air Combat Command has awarded seven companies contracts worth a combined $6.4 billion to provide mock dogfighting and aerial combat training services over the next five years.

As part of the Combat Air Forces Contracted Air Support programme, the companies will fly their own fleets of fighter aircraft against USAF types during Red Flag-series exercises, the USAF says in an online award notice posted on 18 October. Such activities are meant to help the service improve its performance fighting against a growing number of high-performance aircraft in China and Russia’s inventories. 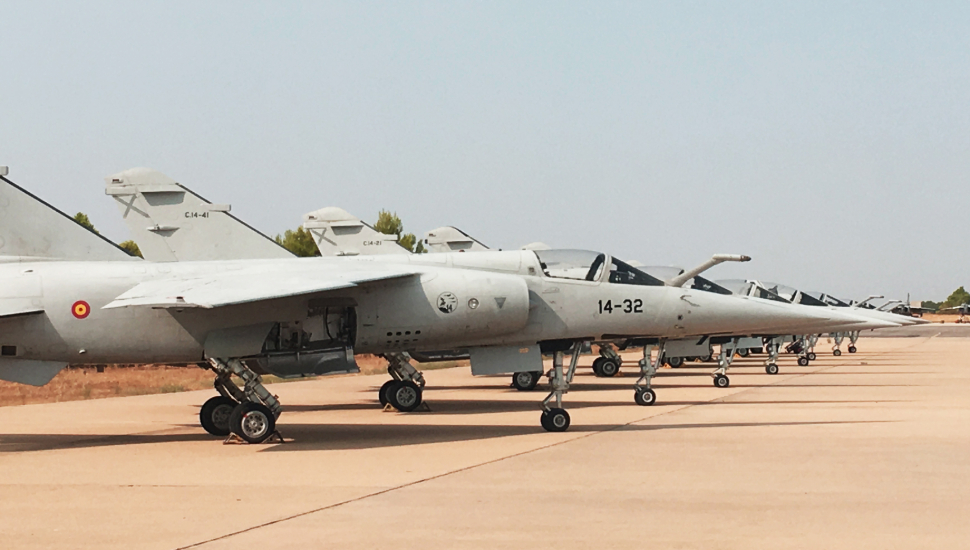 The USAF wants contractors with a mix of aircraft types for its fourth- and fifth-generation aircraft pilots to train against. All platforms must be able to carry government-supplied electronic countermeasures pods and infrared captive air training missiles, and be compatible with arresting systems on an airfield, among other common requirements.

Multiple companies have bought and overhauled ageing fighters from foreign countries to participate in the Combat Air Forces Contracted Air Support programme. For instance, Draken International bought a fleet of 22 Dassault Mirage F1Ms and F1Bs from the Spanish air force.

The Combat Air Forces Contracted Air Support programme is expected to run from this month until October 2024, according to the USAF.

Separately, the Pentagon is looking for ways to train its fighter pilots to combat stealth aircraft, such as China’s Chengdu J-20 or Russia’s Sukhoi Su-57. In 2017, the US Department of Defense funded the development and testing of a fifth-generation aerial target. Such an unmanned air vehicle would be a high-performance, fighter-sized aircraft that is intended to represent stealthy threats in training exercises.