4
What will the Biden administration’s defence budget look like?
Defence

What will the Biden administration’s defence budget look like?

That’s because the US military’s role in geopolitics – a deterrent to aggression from the illiberal forces of the world, such as China, Russia, North Korea and Iran – will more or less be the same with the Biden administration, says Mark Cancian, a senior adviser with the Center for Strategic and International Studies’ International Security Program. 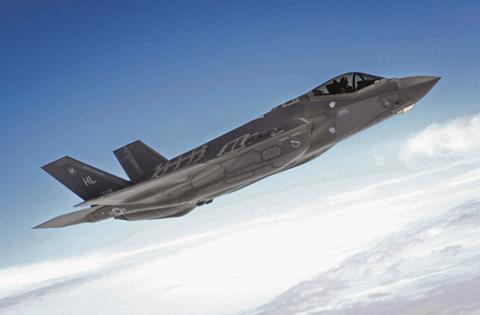 “If you want to have a presence in the Western Pacific, if you want to challenge Russia in Eastern Europe, or if you want to keep after global terrorism, all of that, you got to have large forces, they have to be forward deployed, and all that is expensive,” says Cancian.

Moreover, Biden waved off the idea of large cuts to the US military in a September Stars and Stripes interview, and the progressive wing of the Democratic party fared poorly in the 2020 elections. With the Republican party likely to remain in control of the US Senate, large defence cuts look even more unlikely.

That’s not to say there won’t be some trimming. The Democratic party won the majority of seats in the House of Representatives and won the White House. That gives Biden leverage to pursue some downsizing.

Cancian says he believes at the end of the Biden administration’s first four-year term the budget might be down by around $30 billion or 5% of its current level. The Trump administration requested about $586 billion in funds for the Department of Defense and Department of Energy for fiscal year 2020. The White House requested another $164 billion for Overseas Contingency Operations.

Because the Pentagon is already operating in FY2021, cuts probably wouldn’t come until FY2022 and FY2023, says Cancian. When spending cuts start to roll out they are likely to impact the size of each military branch, with the US Army to bear the heaviest cutbacks.

“A lot of strategists are looking to cut the army in general,” says Cancian. “If the priority is China and Russia – particularly China – the army has an important role, but clearly a lesser role compared to the navy and the air force.”

That likely means fewer soldiers, but also US Army aviation programmes like Future Vertical Lift will be delayed. Instead, US Army priorities are to be long range precision strike and air defence, says Cancian.

Recently, the US Army has been making the case that new automated flight controls should allow its Future Vertical Lift aircraft to avoid detection by hiding in the radar shadows of mountains and hills – a stealthy ability it plans to use for suppression of enemy air defence missions.

That might work amid the hills and valleys of Eastern Europe against Russia, but in a hypothetical fight against China in the wide-open Western Pacific it doesn’t make as much sense. “Nap-of-the-earth doesn’t really help you very much [in the open ocean],” says Cancian. “And, the distances are too long.”

Moreover, Cold War-era aircraft within all branches are likely to be targeted for early retirement. Even updated versions of those aircraft, such as the Boeing F/A-18E/F Super Hornet and F-15EX, are likely to be in the line of fire, says Cancian.

Some older aircraft may survive simply because there is no way to quickly replace them. For example, despite the US Air Force’s (USAF’s) plans to eliminate production of the General Atomics Aeronautical Systems MQ-9 unmanned air vehicle (UAV) from its budget, Congress appears poised to add it back into its spending plans. Unless the USAF has already developed a secret replacement for many of the MQ-9’s armed reconnaissance missions, it is unlikely to disappear soon, says Cancian.

Moreover, Special Operations Command’s Armed Overwatch experiment, which aims to use light attack aircraft such as the Textron Aviation Beechcraft AT-6 Wolverine and Sierra Nevada/Embraer A-29 Super Tucano, to carry out close air support missions may be viewed favourably as a cost-savings measure that also preserves flight time on the Lockheed Martin F-35’s airframe.

“[The USAF] recognises that every sortie flown by an F-35 against insurgents is that many flight hours that they’ve lost on the F-35 [airframe],” says Cancian. “These things do not have infinite lifespans.”

When it comes to production of the F-35 cutbacks are unlikely to be deep. “They’re not going to convince the services or Congress to cut back substantially on the F-35,” says Cancian. “They might keep it capped at 40 [units] a year for the air force.”

Other winners are likely to be long-range strike weapons such as hypersonic missiles, and bombers like the Boeing B-52 and Northrop Grumman B-21 Raider. The range of those systems would allow the USAF to reach across the Pacific Ocean to targets within China.

One long-range weapon system that might be subject to delays is the USAF’s Ground Based Strategic Deterrent (GBSD), a replacement for the aging LGM-30 Minuteman III intercontinental ballistic missile system. Democrats have voiced opposition to modernising the USA’s nuclear arsenal.

However, eliminating a leg of the country’s triad strategy – the ability to launch nuclear weapons from ground missile silos, submarines or aircraft – is unlikely. Cancian says instead Biden and House Democrats might slow fund the GBSD, rather than outright eliminate it.

Ultimately, coming defence budgets will increasingly focus on unmanned systems, says Cancian. That might spark a debate on the nature of the Next Generation Air Dominance (NGAD) programme, the USAF’s eventual replacement for the Lockheed F-22 Raptor. The service has described NGAD as manned. However, there will likely be those that see UAVs as the future of aerial combat and push for it to be unmanned, in order to save costs, increase its capabilities and have an aircraft that could be more expendable in combat, says Cancian.