Airbus Helicopters is on track to deliver another pair of NH Industries (NHI) NH90 TTH troop transports to Spain before the end of the year, adding to the three examples already handed over.

The first operational unit to receive the 11t rotorcraft, the Spanish army’s FAMET airmobile force, took delivery of two more TTHs on 14 September, adding to one that transferred to the brigade earlier in the month.

The latter helicopter is based at the service’s Agoncillo base in the north of the country where it has been used for training activities. 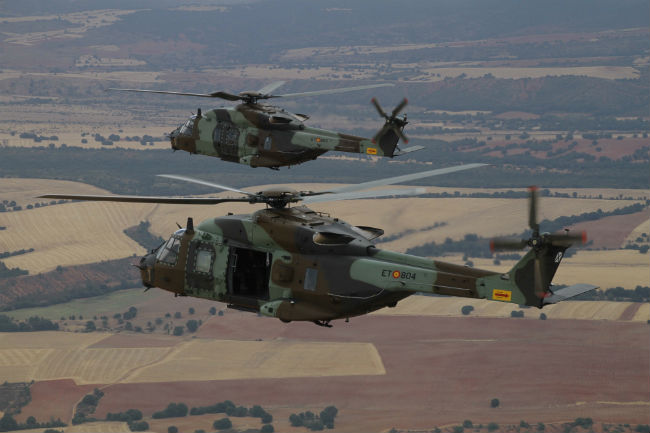 Designated the HT-29 Caiman in Spanish service, the NH90s had previously been delivered at a rate of one per year, starting in 2014, to Madrid’s DGAM procurement agency.

Airbus Helicopters, the majority shareholder of the NHI consortium, assembles Spain’s NH90s at its Albacete facility. It says two more will be handed over by year-end, with one likely to arrive next month.

Madrid will eventually field a fleet of 22 NH90 TTHs.