Delta Air Lines has broken ground on the $4 billion redevelopment of its terminals at New York LaGuardia airport, its largest airport investment ever.

The works will see the Atlanta-based carrier rebuild its facilities in terminals C and D at the airport into a new, "world class" facility with 37 gates that can accommodate all of its operations at the popular New York airport. 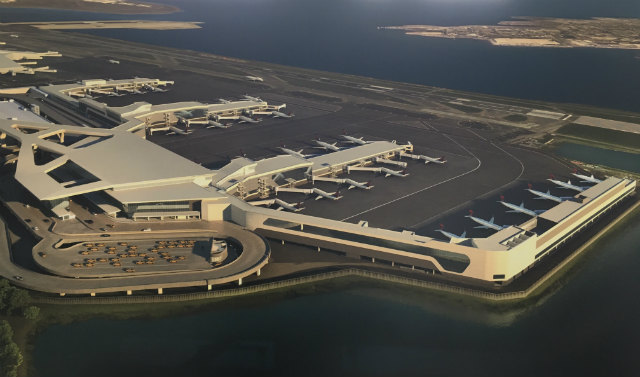 "We believe this investment will further cement Delta's position as the number one airline in New York," says Ed Bastian, chief executive of Delta, at a ceremony at LaGuardia today.

The project is Delta's largest investment at an airport ever, he says, exceeding the at least $1.4 billion the airline invested in expanding terminal 4 at New York John F Kennedy International airport through 2015.

The works are also the single largest investment by any single airline at any of the three New York airports. Previously, American Airlines invested $1.3 billion in redeveloping terminal 8 at JFK in 2007 and JetBlue Airways invested $750 million terminal 5 at JFK in 2008. 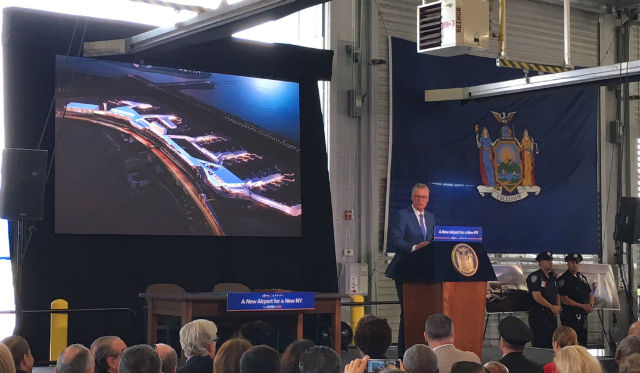 Delta's LaGuardia terminal is part of New York governor Andrew Cuomo's overhaul of both LaGuardia and New York John F Kennedy International airports, that includes a new $4 billion central terminal at the former and an overhaul of the terminal area at JFK.

The mainline carrier will begin enabling work next to terminal D within a month, its vice-president for New York Henry Kuykendall tells FlightGlobal on the sidelines of the event. The first phase of the project will open in 2021 with the full build out complete by 2026.

The airline is taking a multi-pronged approach to ensure it does not lose market share during the nearly nine years of construction. This includes closely monitoring passenger satisfaction through customer surveys and staying ahead of potential passenger disruptions, like traffic to the airport, says Kuykendall.

One measure Delta is watching closely are passenger numbers. A big concern for Kuykendall was that numbers would fall this summer compared to last year due to the construction of the new central terminal building, he says.

However, the airline's passenger numbers are up 1.5 percentage points at LaGuardia this year, despite well publicised congestion issues to the airport due to the central terminal works, says Kuykendall.

"We have to make sure, as a community, that we don't sit back and say 'the airport's bad, there's construction,'" he says. "We've got to say 'excuse our dust'… nothing's been done [for years] and, during the pain process, you've got to say here's the after."

Delta does not plan to shift any capacity to either New York JFK or Newark airports during construction, says Kuykendall.

The terminal project is budgeted at $4 billion, which is split between $3.4 billion from Delta and $600 million from LaGuardia operator the Port Authority of New York and New Jersey (PANYNJ), he says.

Prior to Delta's decision in July to move forward on the project without equity partner Goldman Sachs-owned West Street Infrastructure Partners III, the terminal was forecast to cost $4.5 billion, including a $3.6 billion bond issue, $600 million from the PANYNJ and $300 million in equity.

Delta is still evaluating how it will finance the terminal redevelopment, says Kuykendall.

The investment follows a concerted effort by Delta to establish itself as the largest carrier in New York. This dates back as far as 1983 with the opening of the $90 million Delta Flight Center, also known as terminal D. The airline closed a slot swap with US Airways in late 2011, giving it the largest share of slots at LaGuardia, and invested $160 million into upgrades to its newly acquired space in terminal C a year later.

Delta carried 38.5% of the 29.8 million revenue passengers at LaGuardia in 2016, PANYNJ data shows. American Airlines had the next largest share at 19.3%.