US air force’s Combat Rescue Helicopter programme is on track to complete a preliminary design review in April that will unlock funds for five more aircraft.

Programme officials from the service and Sikorsky say that during 2015 the two sides came to an agreement on more than 1,000 design requirements and 3,000 subsystem specifications through the government’s "system requirements review" process.

After assembling its suppliers and completing much of the design in 2015, Sikorsky says it is confident of capturing incentives in the contract by completing development in 69 months, six months ahead of schedule. 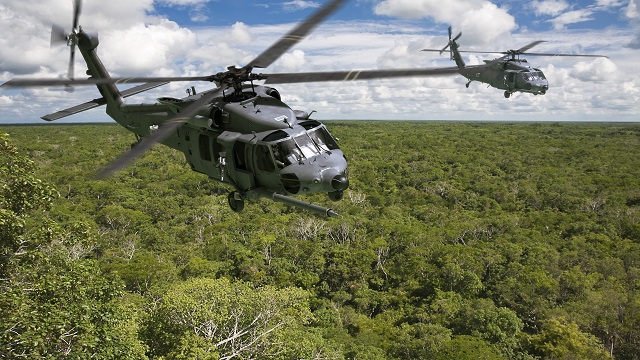 First flight is expected in 2019, with initial operational capability targeted for 2021, by which time there should be one operational squadron and one training site.

Air force CRH programme chief David Schairbaum and Sikorsky counterpart Tim Healy say there have been only “minor clarifications” made to the proposed design through the requirements review process, and they are confident in completing the air vehicle PDR by April.

Pave Hawks are specially designed to operate in some of the harshest and most hostile environments in the world, rescuing downed military personnel and civilian trapped or killed in enemy territory. Onboard countermeasures such as chaff and flares and side-mounted machine guns are critical.

Though based on the newest US Army UH-60M Black Hawk, there are enough changes to the "60-Whiskey's" fuel system, avionics, radios, countermeasures and defensive weapon systems to warrant an entirely new development programme, and even a separate assembly line.

“The changes are significant enough in the fuselage and air refuelling system that we will be producing this on a dedicated line,” says Healy. “These aircraft are going to roll off the line as HH-60Ws. We’re not going to produce UH-60Ms and then put them back into a modification process.”

Sikorsky builds Black Hawks in Stratford, Connecticut and West Palm Beach, Florida and the organisation will decide which manufacturing site builds the HH-60W in late 2016 or early 2017. All nine development aircraft being delivered as close as possible to the production standard for eventual integration into the regular fleet once development and testing concludes. 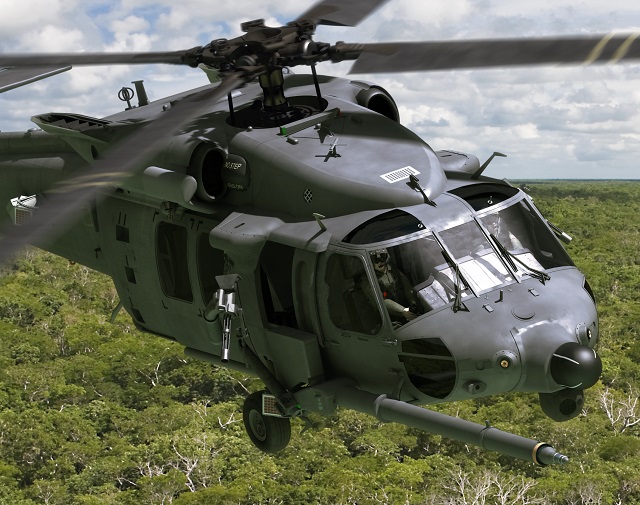 Flight Safety International has been contracted by Sikorsky to supply a mix of fixed and full-motion HH-60W flight simulators, which can accommodate the two pilots, gunner and flight engineer as well as a training instructor. A design review of the training system is due by November, but Sikorsky hopes to bring that forward by two months.

“Sikorsky is operating to the 69-month schedule,” says Healy. “We wholly intend to go after that. We’re executing to that schedule now.”

GE Aviation supplies the standard twin T700-701D engines that power today’s Black Hawks and the Boeing AH-64 Apache, but Schairbaum is also interested future engine possibilities such as the GE3000 and HPW3000 that are being developed under the army’s improved turbine engine programme (ITEP).

“It depends on when it’s fielded,” says Schairbaum, noting that it must be easily form and fit interchangeable and requested by the end user. “If we’re still in production and it makes sense, I could see where we’d maybe roll it into production aircraft.”

Sikorsky says the HH-60W is 85% common with the H-60M, but the new configuration must still be fully certified. First flight in 2019 is considered a low-risk endeavour because dynamic components like the drivetrain and blades are common. However, first flight will still mark the creation of an entirely new combat search-and-rescue variant.

“I still will probably pop a bottle of Champagne on the day it flies,” Schairbaum says.

“We are treating it with all the importance and all the seriousness that a first flight entails,” adds Healy. “It’ll be a big day for the H-60W, but I do consider it low-risk.”

A “milestone C” production review at the tail-end of development will unlock funds for two low-rate initial production lots of eight and 10 helicopters, followed by a full-rate production decision that will complete assembly of the remaining 86 aircraft to fully replace the Pave Hawk by 2029.