Diamond sets its sights on April approval for DA62

Diamond Aircraft is hoping to clinch European certification for its DA62 in April – two years after the launch of the seven-seat piston twin.

Approval is expected to be secured during Europe’s leading business and general aviation show, Aero Friedrichshafen, where the Austrian airframer is planning to hand over the first of the all-composite type to an as yet unnamed launch customer.

“We will also begin taking orders for the DA62 at Aero,” says Diamond Aircraft chief executive Christian Dries. “We have already received a lot of interest in the aircraft, but we haven’t wanted to take anyone’s money until we are sure what we can deliver and when.”

“The DA62 test aircraft is flying daily in Wiener Neustadt. We are very pleased with its performance,” Dries adds – although the exact specifications are yet to be disclosed. 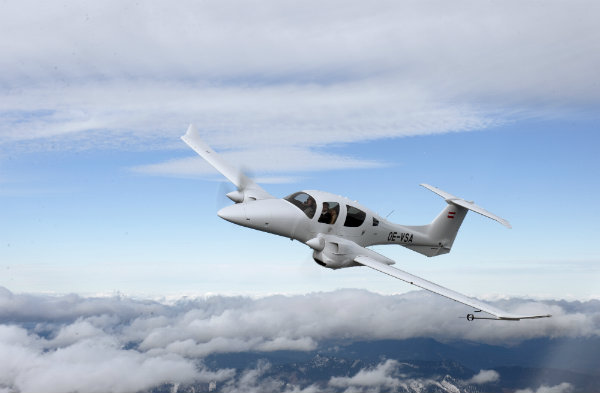 The DA62 is the largest aircraft in the Diamond familyand is pitched against high-performance piston singles and piston twins such as the Beechcraft Baron and Cessna 400 series.

The aircraft is available in two variants. The first is a five-seat model with a maximum take-off weight of just under 2,000kg (4,400lb). “This is ideal for the European market, where aircraft over this weight [benchmark] are subjected to Eurocontrol [air traffic control user] fees,” Dries says.

The other version is equipped with seven seats and has a MTOW of 2,300kg. “Unfortunately we cannot put in seven seats and the fuel and keep below the 2,000kg limit,” Dries adds.

He says the USA is likely to be the largest market for the DA62, and Diamond is working with the US Federal Aviation Administration to secure validation for the all-composite type “as soon as possible”.