Working hard behind the scenes to ensure every aircraft on the static is positioned correctly and its crew looked after is fast-growing trip support and fixed base operation provider Jetex, the event’s official handling organisation for the third show running.

Working hard behind the scenes to ensure every aircraft on the static is positioned correctly and its crew looked after is fast-growing trip support and fixed base operation provider Jetex, the event’s official handling organisation for the third show running.

The Dubai-based company, whose flagship FBO is adjacent to the air show site at Al Maktoum International airport, has run its flight support business, providing trip planning for mainly business and head of state aviation operators around the world, since being established by chief executive Adel Mardini in 2005. 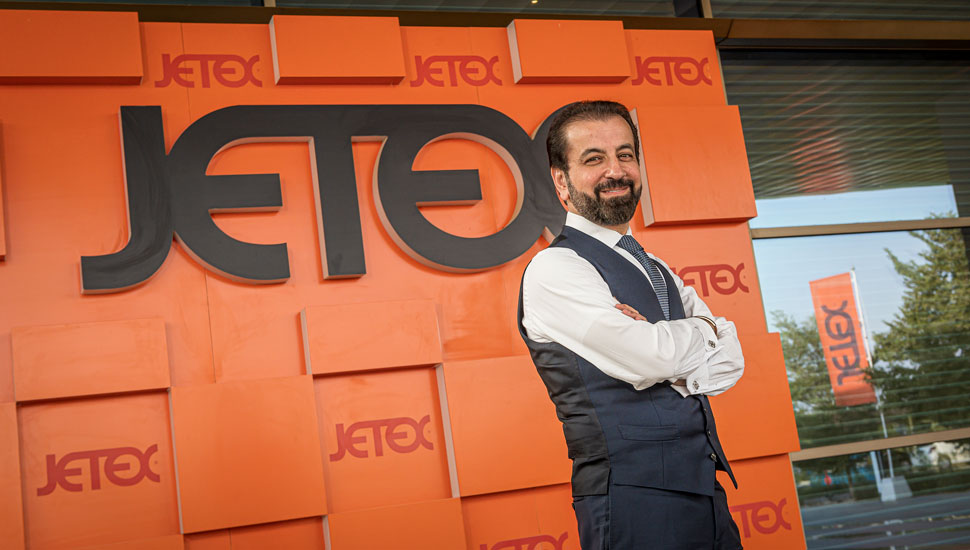 However, it is its burgeoning FBO network that is perhaps the most visible part of the Jetex brand, thanks to its upmarket private terminals in the likes of Paris Le Bourget, Marrakech in Morocco, and here in Dubai. Since setting up its Paris site in 2009, it has opened 31 bases in Africa, Europe, Latin America and the Middle East.

Although luxurious FBOs are nothing unusual in this region – Jetex has several upscale rivals just at Al Maktoum, including DC Aviation Al Futtaim, Falcon Aviation and Jet Aviation – Mardini believes his “boutique” hospitality model works in other markets too.

He believes upscale travellers do not always want to board or depart as quickly as possible, but are often happy lingering to enjoy the comforts of his lounges, which he says are modelled on the lobbies of expensive hotels. “We like to say that airside we are in the aviation business; landside we are in the hotel business,” he says.

After more than a year of consolidating the network, Jetex will next year announce two new locations in high-profile cities, which Mardini says “will change our position in the industry”. The company will also begin building new terminals at two airports where it has been operating from temporary sites: Marrakech and Muscat in Oman, where it is the exclusive FBO at the new airport.

After launching three Latin American FBOs in Santiago, Chile, Sao Paulo in Brazil, and Toluca, Mexico, Mardini says the Caribbean is on his target list. With thousands of wealthy vacationers and second-home owners travelling there every year, “it’s a market that interests us very much”, he says.

However, he rules out a move into the biggest business aviation market, North America, either from a cold start, or by acquisition. “The business model there is very different,” he says. “It is more of a gas-station approach, as much about selling fuel as providing hospitality and having network scale. We still position ourselves as a boutique player.”