Cargo charter carrier ZetAvia is displaying one of its Ilyushin Il-76 freighters at the show.

Cargo charter carrier ZetAvia is displaying one of its Ilyushin Il-76 freighters at the show.

The Ukrainian-registered company, which was set up in 2009 and is based in the region, has a fleet of five Il-76s, comprising four TDs and one T. The airline specialises in cargo services, as well as maintenance of Il-76 aircraft. 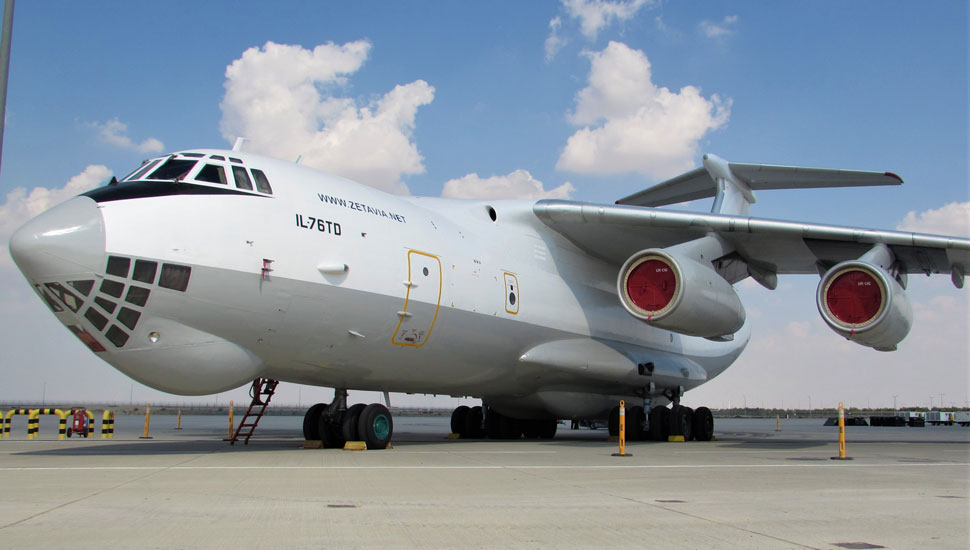 The carrier operates from two airports in the region: Sharjah in the UAE and Aqaba in Jordan. ZetAvia says it can transport heavy and oversized equipment as well as fragile and valuable cargo and livestock. It flies charter services to the Middle East, Europe, Africa and globally.

The Il-76TD (UR-CIG) being exhibited at the show is a 26-year-old airframe that was originally delivered to Kazakh carrier Sayakhat Airlines in 1993. ZetAvia operates its Il-76s with a crew of eight, including two pilots, a flight engineer, a navigator, two engineers and two cargo handlers.