Air Marshal Leo Davies, speaking at a pre-show conference, says the twin-turboprop airlifter is the perfect complement to his now “balanced” air mobility fleet, as it unlocks access to smaller runways for irregular warfare, disaster relief and humanitarian missions.

The RAAF is procuring 10 of the Italian-built aircraft, which are outfitted by L-3 Communications in Waco, Texas. The aircraft fills a void left by the retirement of Australia's de Havilland Canada DHC-4A Caribous in 2009.

Sales of the Spartan have been steady if unspectacular, with the most recent an order for two aircraft from an undisclosed African nation. Alenia is pushing sales of the multi-mission variant at Dubai, with the MC-27J Praetorian gunship on the static line.

Davies says he has been impressed by the “reach and strategic effect” of the current Lockheed Martin C-130J and Boeing C-17 combination, but the C-27J “is likely to be even more versatile in contingencies and irregular warfare”.

“It’s ability to operate from austere and short runways makes the C-27 ideal for operations in remote and complex terrain, which is so often the setting for insurgent activity,” he says.

“We can access a far greater number of airfields in our immediate neighbourhood to enhance its utility in humanitarian and disaster relief missions. 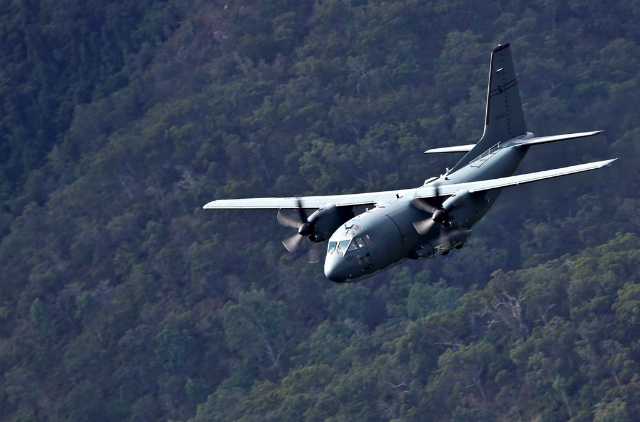 “The C-27 will be able to reach isolated communities impacted by natural disasters, and do so swiftly. It can get food and medical supplies to more airfields closer to the problem.”

“We have depth and breadth in our conventional inventory, and have proven we can adapt to any contingency,” he says.