EBACE: GE prepares to take on PT6A with new engines

GE Aviation plans to take on rival Pratt & Whitney’s market-leading PT6A with new engines in the 1,100-1,200 shaft horsepower and 1,800-2,000shp class, by developing a turboprop “centre of excellence” in Prague – the former Walter Aircraft Engines business it acquired in 2008.

The new family of “advanced turboprop” engines will be based on the architecture of its new H80 family, itself developed from Walter’s M601. The H80 will power the Nextant King Air G90XT, a re-engined version of the King Air C90 with a Garmin flightdeck, which enters service later this year, and is already installed in the Thrush 510G crop-spraying aircraft. The slightly lower-thrust H75 derivative is available as a retrofit in the Aircraft Industries Let L410 utility transport.

GE has already made huge changes to the Walter business, which it relocated to new premises in Letnany, outside Prague, driving revenues from around $38 million at the time of acquisition to a forecast of $78 million in 2014. The company expects revenues to more than quadruple over the next six years to $300 million annually. 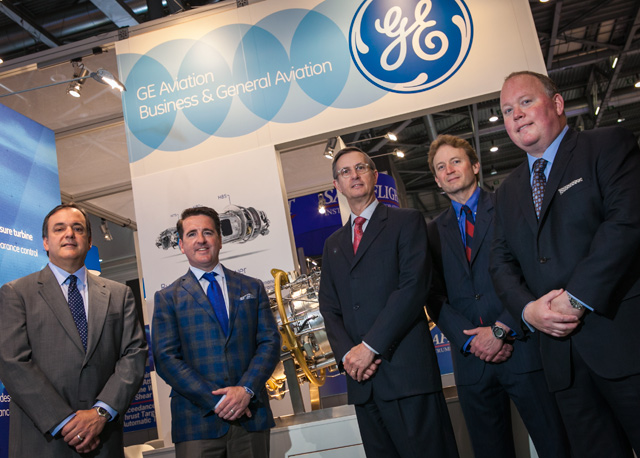 “When we acquired the company, most of the production was for MRO, with only 10 or 12 new engines a year. This year, we will do 80 to 90 engines,” says Milan Slapak, commercial director of GE’s Czech business. But GE has further ambitions. “We would like to grow in this segment,” he says. “We got into this to start competition with the PT6A.”

The three-member H80 family – comprising the 800shp H80 and two derivatives, the H75 and H85 – is based on the M601, but with significant changes, including the use of a corrosion-resitant titanium alloy compressor, and replacing bladed discs with blisks. There are some 700 M601s in service, the majority of them in the former Soviet Union, Africa and Latin America.

The H80 was the first GE engine to be developed outside the USA, and the first one to be certificated, in 2011, by the European Aviation Safety Agency, before the Federal Aviation Administration.

GE has put no timescale on when it expects to formally launch its new engines, but it is hoping to establish an engineering department near the Prague facility, employing up to 100.