Rolls-Royce intends to set a speed record for all-electric aircraft of at least 260kt (481km/h) with an electrified version of the Nemesis NXT racing aircraft, which the engine maker is building with UK partners.

The current speed record for an all-electric aircraft stands at 182kt and was achieved in 2017 by an electrified version of the Extra 330 aerobatic aircraft, powered by a Siemens motor.

Part of R-R's initiative ACCEL – short for Acceleration of the Electrification of Flight – the manufacturer is modifying the low-wing, single-seat kit aircraft at Gloucestershire airport with electric motor supplier YASA and battery specialist Electroflight.

Both suppliers are established in the automotive industry – with Electroflight having extensive experience in motor racing – and are looking to expand into the aerospace sector, R-R project manager Matheu Parr tells FlightGlobal.

Normally powered by a 350hp (260kW) Lycoming piston engine, the 7.3m (24ft)-wingspan NXT has a regular cruise speed of 282kt. But the carbonfibre airframe is capable of reaching much higher speeds, having become the fastest aircraft in its class, at 355kt, with a highly tuned engine.

The electrified version is scheduled to fly for the first time in early 2020 from a yet-to-be-determined Welsh airport and have a range of at least 170nm (314km) – or a flight from London to Paris.

Referring to the 1931 Schneider Trophy won by a R-R-powered Supermarine S.6B race seaplane, the engine maker says that the new team "have their eyes on the Supermarine record" of reaching 298kt.

R-R asserts that the project – partly funded by the UK government – is "no stunt", but part of the ACCEL initiative "to pioneer a third wave of aviation" and support the manufacturer's strategy "to champion electrification".

The model will have "the most energy-dense battery pack ever assembled for an aircraft".

This will comprise some 6,000 battery cells packaged for "maximum lightness" and feature a liquid cooling system to handle "extreme temperatures and high current demands during flight", R-R says.

Regulating the battery pack's temperature is "one of the biggest design challenges for the engineers", the manufacturer notes.

At maximum power, the system will deliver 750kW (1,006hp) – roughly equivalent to a Formula 1 race car – although continuous power output will be around 500hp. 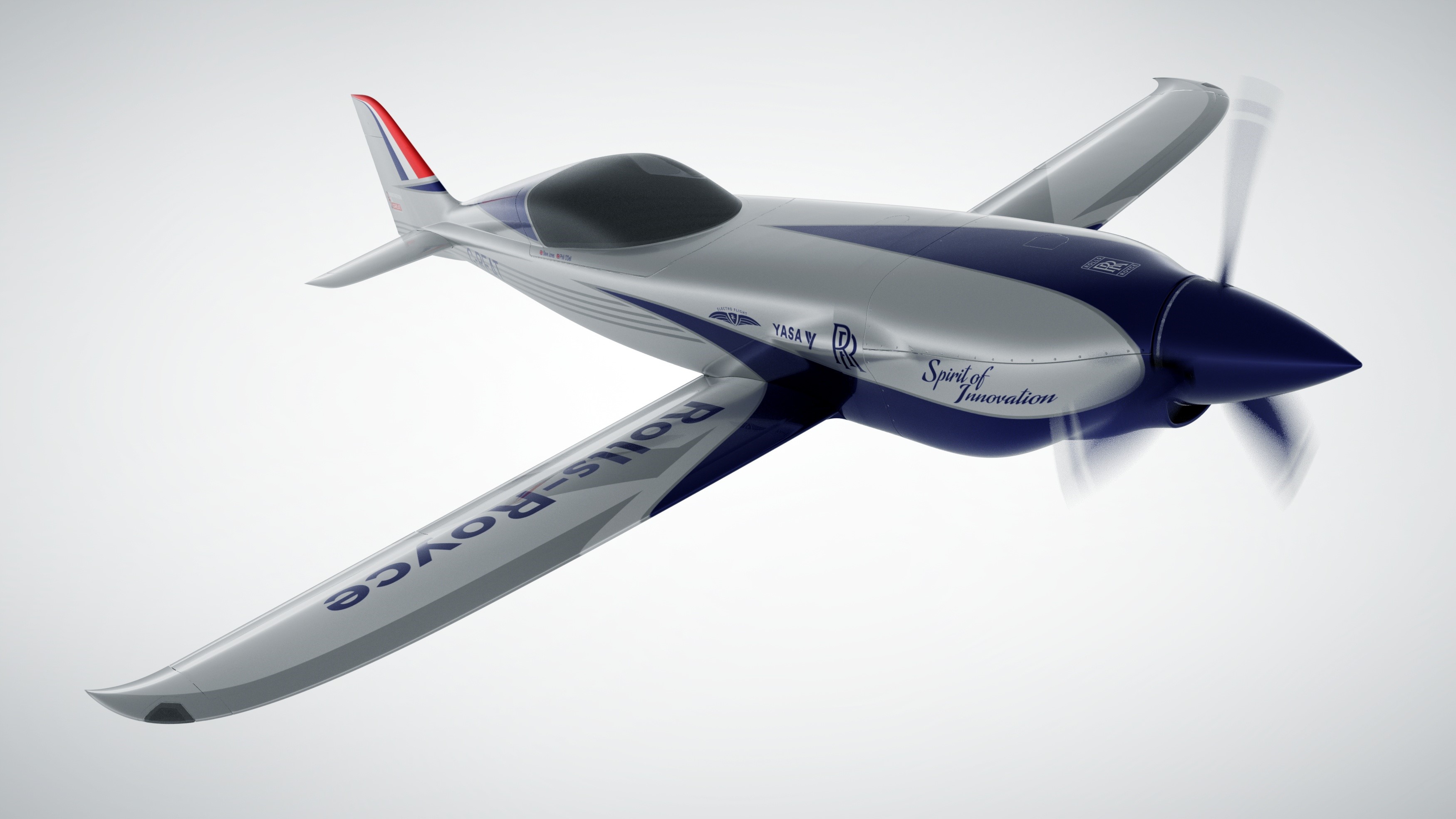 A three-bladed, electrically actuated propeller will be driven by three off-the-shelf YASA 750R electric motors – installed in series, one behind the next – which have been optimised for high torque, rather than speed.

The propeller will spin at less than 2,400 revolutions per minute, which, R-R says, is "far lower" than on comparable, conventional aircraft in order to deliver a "much more stable and far quieter ride".

Parr concedes that the electrified aircraft will have less range than the standard piston-engined version. But he says that in terms of performance, the electrification will be a like-for-like replacement, with the battery, motors and electrical control equipment weighing the same as the regular engine and central fuel tank.

R-R foresees that the all-electric powertrain will run at 750V and reach 90% energy efficiency.

In order to optimise system performance and safety, data from more than 20,000 measuring points will be processed per second to assess the battery's voltage and temperature, and the powertrain's overall health.

Parr says the team has "already drawn a series of insights from the [electric aircraft's] unique design and integration challenges".

He claims: "We’re gaining the know-how to not only pioneer the field of electric-powered, zero-emissions aviation – but to lead it."