Russia’s United Engine (UEC) has begun investigating the potential of hydrogen as a power source for aviation applications.

Announcing the project at the MAKS air show, UEC says it is considering both the direct combustion of hydrogen in modified gas turbine engines and its use in fuel cells to generate electricity. 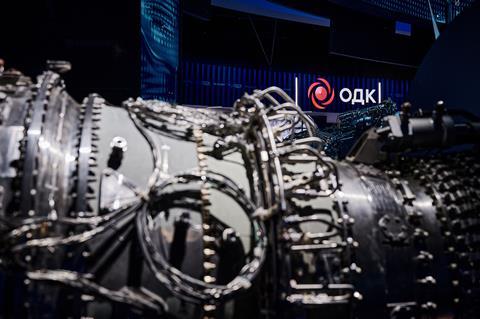 “To reduce the carbon footprint in aviation… the use of hydrogen fuel is one of the most promising areas,” says UEC general designer Yuri Shmotin.

UEC has formed a working group to lead the effort, including specialists from across the business. Research will also be carried out in conjunction with scientific and industrial bodies “as well as with organisations that have practical experience in using hydrogen fuel.”

No timelines for the project or potential applications were disclosed, however.

Companies under UEC produce engines for use across Russia’s aviation portfolio, including the PD-14 for the Irkut MC-21 narrowbody.

Read the latest news from the MAKS air show here