A United Airlines Boeing 777-200 lost an engine cowling on approach to Honolulu International airport on 13 February. 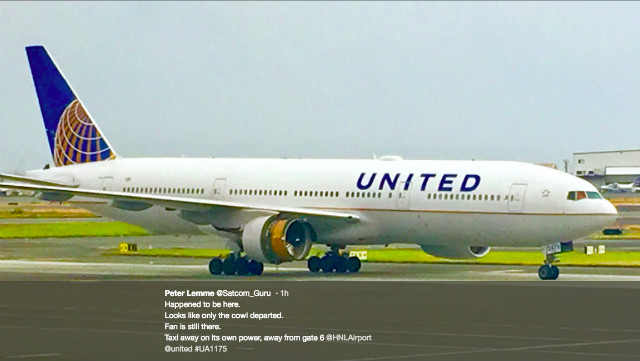 The aircraft operating flight 1175 to Honolulu from San Francisco landed safely with all passengers deplaning at the gate, the Chicago-based carrier says.

United adds that the pilots followed all "necessary protocols" before landing in Honolulu.