Eurofighter will by year-end make is final proof-of-concept test flight on an aerodynamic modification kit that promises to improve the combat aircraft’s subsonic turn rate by 15%.

Laurie Hilditch, head of future capabilities at Eurofighter, says the modification kit should give the aircraft the sort of “knife-fight in a phone box” turning capability enjoyed by rivals such as Boeing’s F/A-18E/F or the Lockheed Martin F-16, without sacrificing the transonic and supersonic high-energy agility inherent to its delta wing-canard configuration.

Speaking at Airbus Defence & Space's Manching Eurofighter final assembly and maintenance facility near Munich, Hilditch says the root extensions – or LERX – have already flown and show significant improvement in the subsonic airflow over the wings. And, changing the shape of the ILS antennae cover to resemble a delta strake does the same for the vertical tail fin. The canards, he adds, act as strakes but not throughout their range of movement. 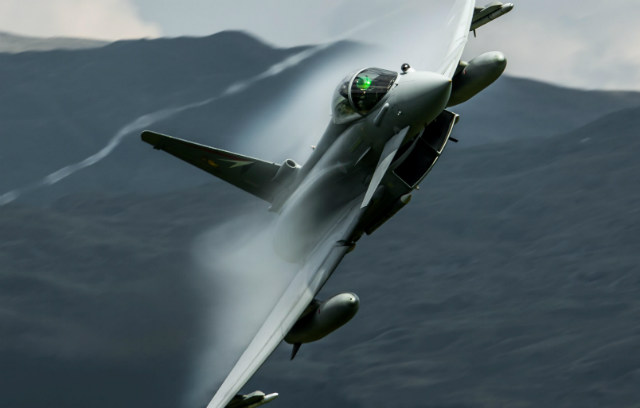 A further boost to agility could also come from the addition of thrust vectoring, which Hilditch likens to an extra control surface. Eurofighter, he says, has done quite a bit of work on the concept and could move forward with customer interest.