Dassault is debuting its Falcon 8X business jet at the Latin American Business Aviation Convention and Exhibition (LABACE) in São Paulo, Brazil between 30 August and 1 September, as it seeks to drum up sales for the long-range trijet ahead of its validation by Brazilian certification authority ANAC in the fourth quarter of this year.

Dassault Falcon president and chief executive John Rosanvallon says the Latin American country “has shown strong demand" for the 8X since the programme’s launch in 2014. “Four of the first 20 aircraft are scheduled to be delivered there,” he says. “That’s a great sign of a Brazilian market that might be turning the corner for the better.” 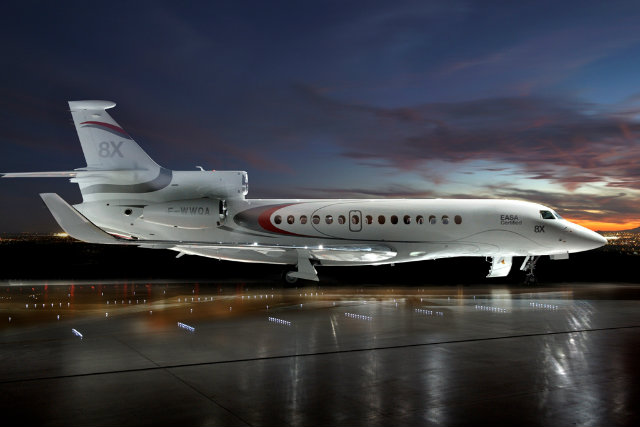 Brazil’s economic downturn has heavily impacted sales of new and used business aircraft. The country has traditionally been a strong market for manufacturers of business jets and turboprops. Flight Fleets Analyzer records an installed base of around 1,500 aircraft in the country – the largest inventory outside of the USA.

The flagship Falcon 8X secured US and European certification in early July, and first deliveries are scheduled in the coming weeks.

In preparation for the 6,450nm (11,900km)-range 8X’s entry into service, Dassault has begun ramping up production at its Bordeaux Mérignac final assembly plant in southwest France. Serial number 29 is now being manufactured at the facility, and 15 aircraft are being outfitted at Dassault’s US completion centre in Little Rock, Arkansas.