The redeliveries began on 20 July, the carrier disclosed during the Farnborough air show.

Air Baltic expects to return all 12 of its Dash 8s to the lessor by the end of this year.

It had long planned to retire the turboprops having previously opted to switch to an all-jet fleet based on the Airbus A220-300. 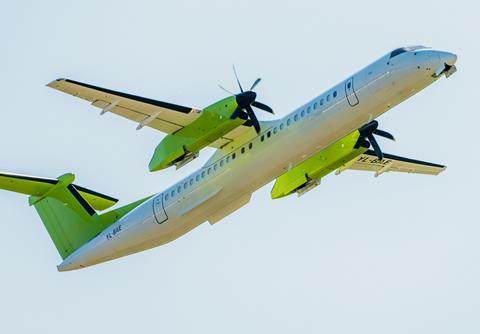 “Our [Dash 8] fleet helped us to get where we are today, flying the youngest and most modern fleet in Europe,” says chief executive Martin Gauss.

He says the A220 will be the “backbone” of the airline’s future growth.

Air Baltic has 50 A220-300s on direct order with the airframer, of which 36 had been delivered by the end of June.