Two aircraft have already been delivered to a Spanish customer under the new approval, and a third is undergoing conversion.

The aerospace firm says it has obtained the 737-800BDSF supplemental type certificate from the European Union Aviation Safety Agency.

IAI chief executive Boaz Levy says the EASA clearance will allow the company to offer a response to increased market demand for the narrowbody freighter.

“[We have] a number of conversion sites globally, and will now be able to provide potential customers with increased access to our world-class conversions,” he adds.

EASA approval follows similar regulatory clearance from the US FAA and the Civil Aviation Administration of China, plus the Israeli civil aviation authority. 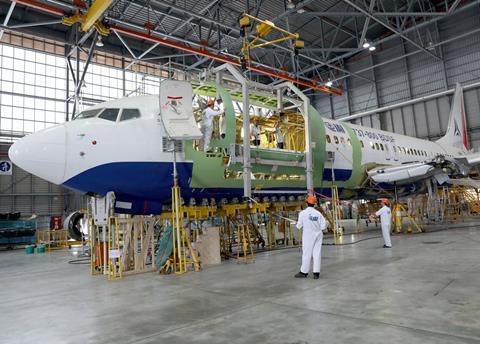 IAI already has US, Chinese and Israeli approvals for the modification