Mexico's navy has taken delivery of its first Beechcraft King Air 350ER, and will receive three additional aircraft by the second quarter of 2015, the airframer says.

Beechcraft, a division of Textron, says the aircraft will be stationed at Mexico's naval base near Veracruz. The company's global mission support division will support the fleet with an on-the-ground service support and training arrangement, it says. 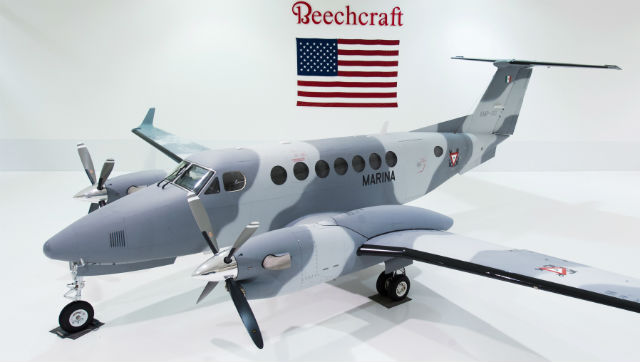 The delivery announcement was made during the Farnborough air show, where Beechcraft has a special mission-configured 350ER on display.