Raytheon has been awarded $34.8 million by the US Air Force to develop a new version of its miniature air-launched decoy-jammer missile, the MALD-X.

A 24-month development will result in two demonstrations, and will evolve the current MALD-J system into a decoy that could fit the US Navy’s requirement for use on-board its Boeing F/A-18E/F Super Hornets.

“What we’re hoping in the long term is to transition this into the MALD-N for the US Navy,” James Long, MALD business development lead at Raytheon, tells Flight Daily News. “Right now the navy is not on-board with MALD – they want it, but it hasn’t been in the budget.” 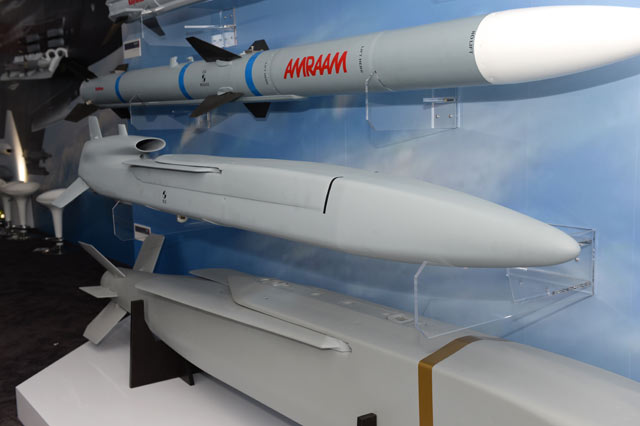 MALD deceives adversaries by replicating the signature of friendly aircraft, and the new development will see it receive an improved electronic warfare payload, the ability to carry out low-altitude flight, and an enhanced net-enabled datalink.

Currently MALD is operated on-board the US Air Force’s Lockheed Martin F-16 and Boeing B-52 bomber, with no export customers to date. However, Long says: “There is international interest for the MALD decoy, and we are working on that.”

There is also potential for the decoy to be incorporated on-board unmanned air vehicles, although this is yet to be tested. Long notes that the decoy can be easily integrated with other platforms, such as UAVs or other fourth-generation types, such as the Eurofighter Typhoon.

The USN also could join the USAF to acquire the decoy jointly, Long says, although this has not yet been decided on.