A veteran is expected to bow out this weekend when the world’s last remaining flying Avro Vulcan bomber makes what is likely to be its final Farnborough appearance.

The aircraft (XH558) will fly Friday through to Sunday, but with the anticipated retirement from flight of the iconic Cold War-era jet in 2015 this is likely to be its last visit to this corner of Hampshire.

A wing modification has just been performed on the aircraft following a £400,000 fund raising from supporters, which will help keep it flying until the end of next year. 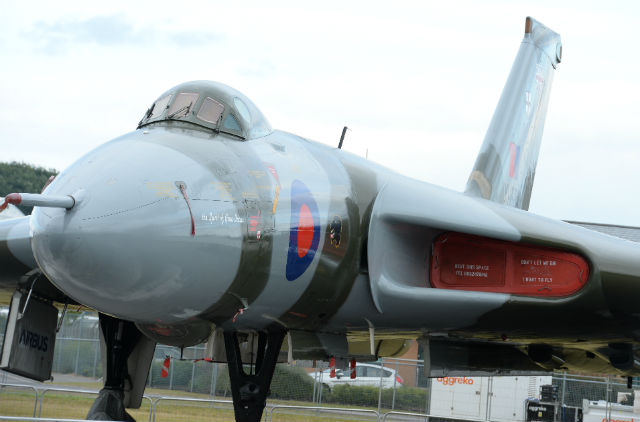 Following the work - carried out by Beagle Aerospace - the aircraft flew for the first time again in June in preparation for the summer show season.

The aircraft dates back to 1960 and was officially retired from Royal Air Force service in 1993. The Vulcan to the Sky Trust has kept the last aircraft flying since then.

“It is a sad truth that XH558, the world’s last flying Vulcan – and the only airworthy V-Force aircraft of any type – is unlikely to fly beyond the 2015 display season,” says Robert Pleming, chief executive of the trust.

“By the end of the season, it looks like she will be reaching the end of her agreed life and it is unlikely that we will be able to extend this.”

Following retirement next year the charity hopes that a centre of excellence can be set up for the Vulcan that will encourage people to get into aerospace engineering.