Boeing has delivered the fourth 737-700-derived Peace Eagle airborne early warning and control (AEW&C) system aircraft to the Turkish air force at Konya air base, completing Ankara’s acquisition of the type 13 years after it was ordered.

Under the $1 billion contract placed in 2002, the four aircraft were developed by Boeing with the assistance of Turkish industry, including Turkish Aerospace Industries and Havelsan, plus Northrop Grumman.

The first three aircraft were delivered between February and September 2014. These were followed by the fourth and final example – named "Bati" or "West" – on 9 December. Boeing says this includes software upgrades to the aircraft and ground-based element, and that these enhancements will be rolled out to the other three Peace Eagles.

“Turkey is currently the only nation in this region with the [737-based] AEW&C capability,” Aysem Sargin Isil, managing director of Boeing Turkey, says. “By combining Boeing’s innovative engineering with the expertise provided by local Turkish industry partners, we’ve delivered an advanced world-class airborne surveillance system to our customer.” 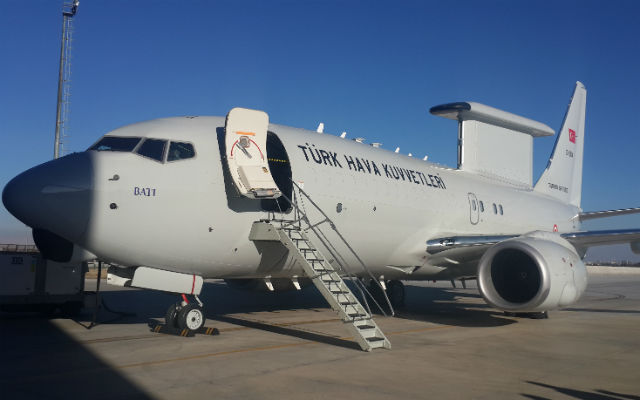 Four of the same type are in service with both the Royal Australian Air Force and the Republic of Korea Air Force, Flightglobal’s Fleets Analyzer database shows.