A British Airways Boeing 777-200ER aborted a take-off and caught fire at Las Vegas McCarran airport on 8 September, injuring two of 159 passengers and 13 crew who were evacuated.

Images posted on social media sites show a column of flame and smoke coming from beneath the parked aircraft, just forward of the left engine.

The aircraft is identified by the FlightRadar24 tracking service as G-VIIO. 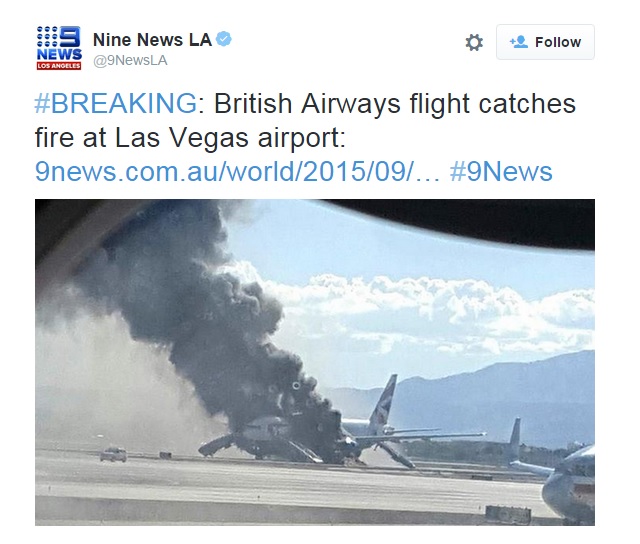 Flightglobal's Ascend Fleets database lists this aircraft as a 777-200ER powered by GE Aviation GE90-85B engines with more than 84,300 flight hours and nearly 12,700 cycles. Boeing delivered the aircraft to British Airways on 26 January 1999.

The 275-seat aircraft was en route to London Gatwick airport, according to McCarran airport.

It adds that the incident was reported at 16:13 local time, shortly after beginning its take-off roll from runway 7L/25R, and flames spotted one minute later. All passengers were able to deplane the aircraft via emergency slides and the fire was subsequently extinguished by 16:18.

The runway that the incident occurred on remains closed. However, all other operations at the airport are continuing.