That effort has now ushered in a phase of experimental and certification flights, which will eventually use Warsaw’s first two aircraft.

Initial sorties with a lead aircraft will test the M-346’s communications and avionics systems, before moving on to trials of its embedded tactical training simulation (ETTS) equipment.

A second Polish M-346 is scheduled to fly by the end of September, and this will be primarily used to test the trainer’s braking parachute. 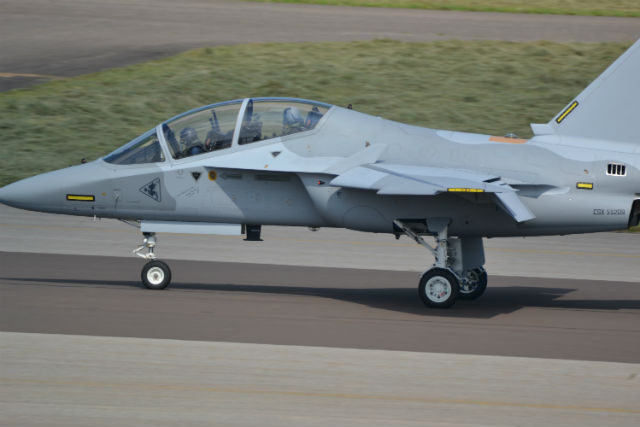 Certification of the M-346 in the Polish air force configuration is scheduled for the end of October, leading to a first delivery the following month. Poland will eventually have a fleet of eight of the type, with an option on another four.

Leonardo is also contracted to train 16 instructor pilots for the Polish air force. The first batch of six personnel are now at the final stage of that process, and another four were recently inducted.

The Italian airframer has additionally offered the dual-role M-346FT to Warsaw as a potential replacement for its fleet of Sukhoi Su-22s.