Delivery of the first airborne early warning and control (AEW&C)-configured Gulfstream G550 for the Italian air force is expected soon, under the terms of a contract signed in 2012.

The deal was part of a cross-national technology share between Italy and Israel, which also saw Tel Aviv select the Leonardo M-346 as its advanced trainer.

According to this agreement, Israel Aerospace Industries (IAI) was contracted to supply the Italian air force with two G550 conformal AEW&C aircraft, ground support systems and a logistical support package, worth some $750 million.

Under an additional agreement with Telespazio, IAI is developing an observation satellite for the Italian company worth $182 million. 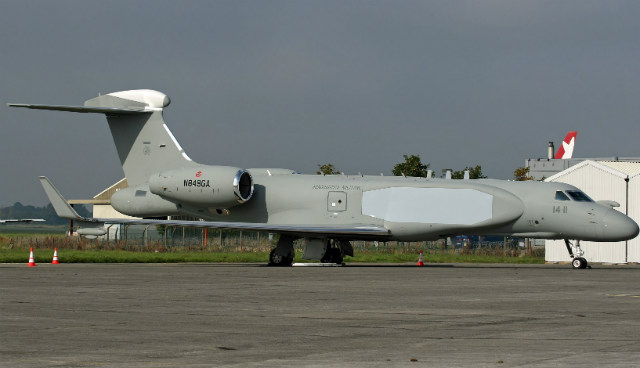 The integration of the ESM/ELINT capability in the pod was achieved through advances in hardware miniaturisation that allowed for the addition of systems in the current pod, Elta says.