First of 20 A-29 Super Tucanos arrive in Afghanistan

The low, slow-flying attack airplane of Brazilian origin is already employed by 10 air forces around the globe, and the Lebanese air force is next in line to be equipped with American-made examples produced in Jacksonville, Florida.

Twenty A-29s were gifted to Afghanistan’s fledgling air armada as a replacement for the soon-to-retire Russian Mi-35 helicopter gunship, which has been kept alive via heavy cannibalisation of parts. 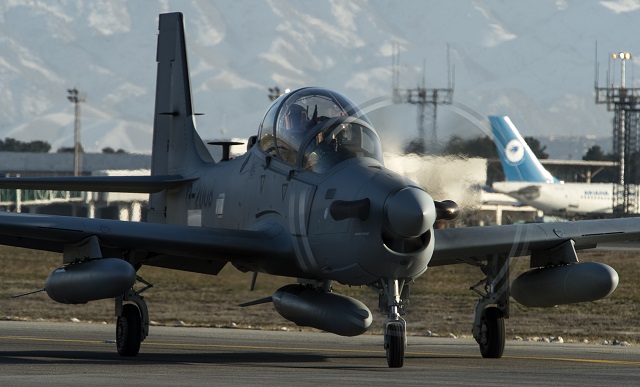 Pilot training has been taking place at the Moody AFB’s 81st Fighter Squadron in Georgia since early 2015, and the initial cadre graduated in December. The first four aircraft landed in Afghanistan on 15 January. 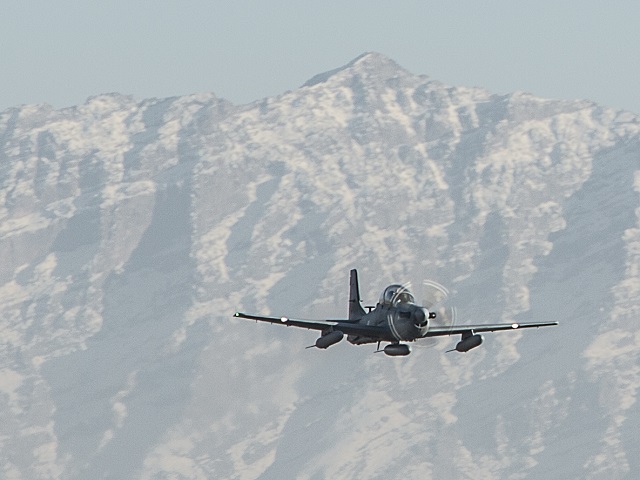 The aircraft will be called upon to “destroy the centres of enemies in the country” in relatively short order, according to one AAF spokesman, quoted in a USAF statement.

The nation's military and police units continue to battle Taliban insurgents, and are also targeting extremists of the Islamic State group, which has been gaining a foothold in the country. 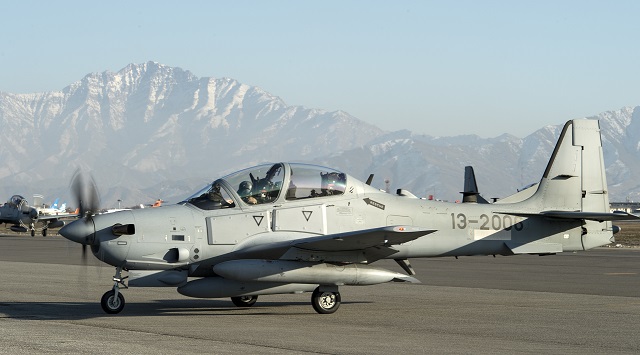 Once established, the small fleet will become an important air-to-ground attack and aerial reconnaissance capability, and the turboprops can also perform air interdiction using air-to-air missiles.

Super Tucano beat its Beechcraft rival, the AT-6, for the $427 million Light Air Support contract, which was subject to a lawsuit and considerable political wrangling.

The A-29 will be formally inducted into the Afghan inventory this spring. All 20 aircraft and 30 pilots are expected to be in place in Afghanistan by 2018.