Pictured at the Swiss manufacturer's Stans production facility, aircraft QA 350 is the lead trainer from a 24-unit deal signed in July 2012. This also includes ground-based training systems and associated equipment for use at a new training academy for the Qatar Emiri Air Force, plus maintenance services. 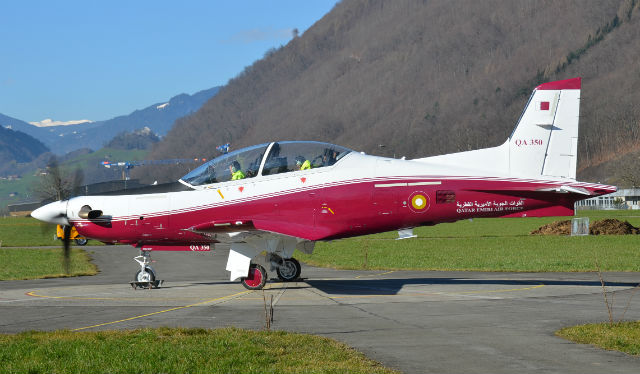 The PC-21's entry into ground testing comes ahead of scheduled deliveries from mid-2014. Training activities with the type are due to commence during 2015, according to information previously provided by the manufacturer. All 24 aircraft are due to be delivered before the end of the same year, according to Flightglobal's MiliCAS database.