While visitors to the Paris air show naturally focus much of their attention on aircraft – big and shiny or black and stealthy, thundering, manoeuvrable and headline-grabbing – much of that attention is misplaced, at least in the realm of military aviation. In short – and it’s an argument that has been heard for some years now – the platform matters little; the electronics are what count. And, if systems superseding aircraft is a long-running trend, it is a trend that is accelerating.

That, anyway, is an inescapable conclusion to be drawn from a report recently published by PwC. The latest in the consultancy’s chief executive survey series, Aerospace and Defence Trends 2019 describes defence companies as "facing a crisis that they cannot afford to ignore".

That crisis is felt, concludes PwC, globally – because, everywhere, "defence ministries are revising their military capabilities and doctrines for the 21stcentury – and focusing on new technologies for complex weapons platforms and cybersecurity protection". Moreover, defence departments are attracted to innovation because they are looking for an edge from exotic technologies that do not translate into traditional airpower properties like speed, range, stealth or payload. Think instead "artificial intelligence, connected devices, novel power systems, autonomous platforms, virtual reality and synthetics".

What the aerospace industry needs to grapple with, then, is the fact that "the latest breakthroughs and the most adaptable advances in these technologies are typically driven by and available from non-aerospace and defence companies; namely, the innovation clusters that are expanding their influence in virtually every large global seat of power".

This trend towards focusing big expectations on high-tech innovation is seen clearly in China – where technology companies are "compelled to work with government agencies to develop cyberweapons and information systems that could proactively upset enemy intentions". In Russia, notes PwC, heavy spending on artificial intelligence military programmes is being channelled through the country’s top technology companies.

In the USA, meanwhile, "brand name American technology companies like Microsoft and Amazon have had numerous contracts with the military in recent decades". Likewise, Oracle and IBM are competing for a "massive" 10-year, $10 billion enterprise cloud project for the Department of Defence. "Tellingly," advises PwC, "none of the providers of cloud-based services to the DoD or UK Ministry of Defence are part of the legacy defence contractor base".

And, concludes PwC: "Over the foreseeable future, defence companies will continue to face increased competition from non-traditional commercial entrants." Much of the driver for this trend is the increasing viability of dual-use technologies. One prime example is access to space; both SpaceX and Blue Origin – Amazon boss Jeff Bezos’s rocket company – are suppliers to the US Air Force. 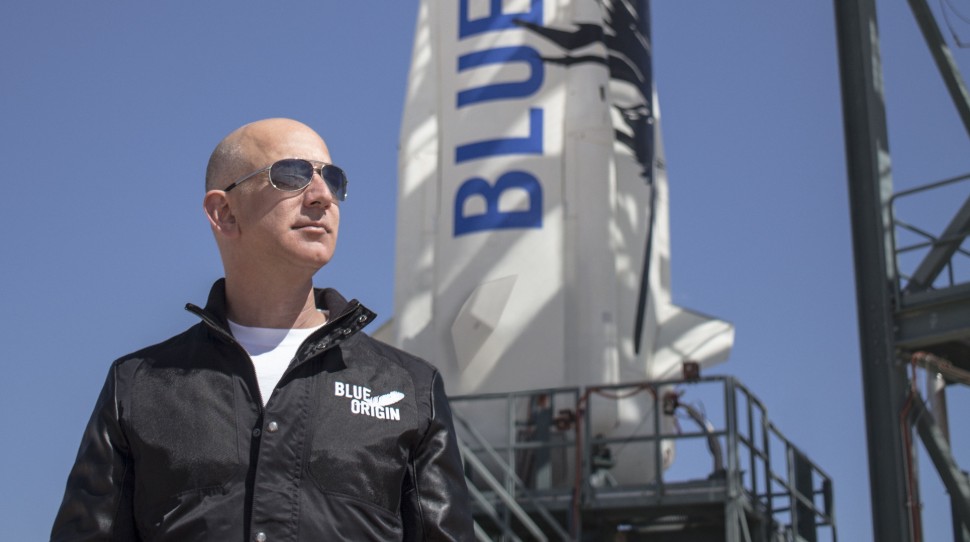 Jeff Bezos sells to the air force, too

US practice aerospace and defence leader Scott Thompson tells FlightGlobal that this is, indeed, "a very challenging time". Funding is a critical issue, because the US defence department – like its counterparts across the West – is strapped for cash and spending carefully. The traditional cost-plus funding formulae that financed so much wartime and Cold War defence spending are no longer politically viable and could break down.

Also, says Thompson, the again traditional procurement method, whereby the military sets a requirement and industry responds, is giving way to a model in which companies will have to be more willing to spend substantial sums of money to realise visionary systems that can then be sold to government. Complicating this picture is the fact that technologies like artificial intelligence are expensive to develop and development efforts are very likely to fail.

The upshot is demand for R&D is outstripping government spending. China, says Thompson, is putting a "fair amount of money" and focus on new technologies like artificial intelligence and autonomy. Russia, too, is being "really smart" in getting bang for the buck. It is spending on next-generation conventional warfare to project power with new technologies, and also on what Thompson calls "disruptive deterrence"; that is, on information technology and hacking capabilities – cyber warfare – that can be devastating without going as far as the nuclear option.

Where the US stands in relation to is not clear. A lot of US spending is classified, says Thompson, so we don’t know much about it. 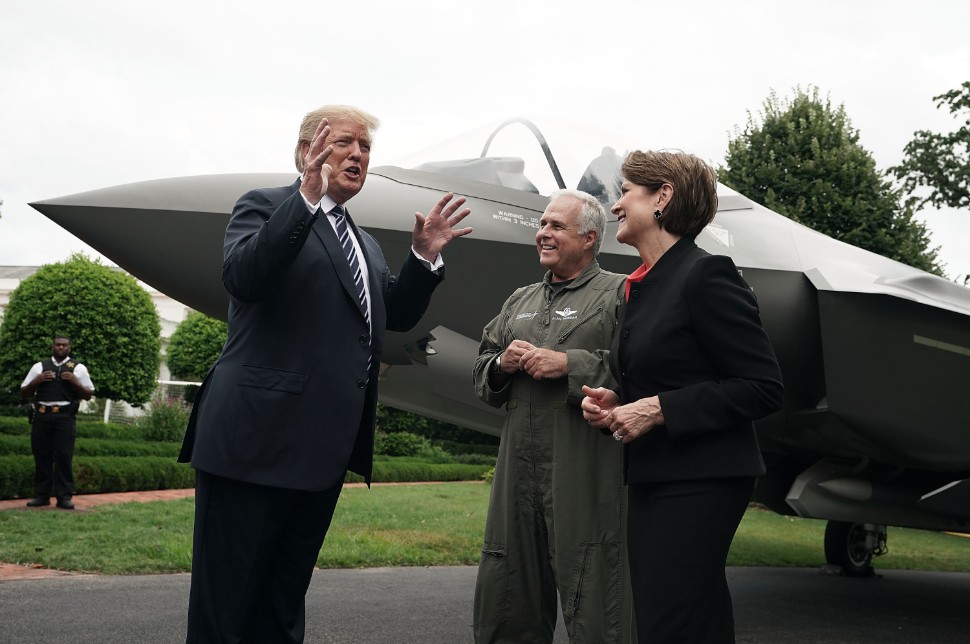 You'll have this much more to spend on R&D

However, US defence companies are cash-rich. Total spending by the Department of Defence began to grow during the tail-end of the Obama era and has continued rising under President Donald Trump. And the 2017 Trump tax cuts have left big companies with cash to both splash on investors, through dividends and share buy-backs, and on R&D.

There are, however, ways forward – which aerospace and defence firms can exploit. First, says Thompson, small, innovative companies are unlikely to sell very much directly to the government, as such procurement would be very difficult to manage. Indeed, he says, we should not expect the government to change its procurement model; the US government has encouraged consolidation in aerospace in part to effectively manage its own procurement, and buying from small suppliers as technology "fragments" would be a "very different model for the government to pull off".

Moreover, says Thompson, the government’s role should be to fulfil missions by going to contractors looking for a solution. That is, the government should define a mission without defining the technology that will meet it. Such a formula in practice precludes much acquisition from small, innovative companies, because such firms tend to be focused on single technologies.

One approach, says PwC, is to become a "partner of choice" for technology start-ups. As its chief executive survey observes, Lockheed Martin Ventures, Boeing HorizonX Ventures, Honeywell Ventures and Airbus Bizlab are examples of recently formed venture capital funds that invest in small start-up companies. Critically, PwC advises: "Defence contractors must overcome their resistance to long-term investment cycles and in taking risks on projects that may never pay off."

In practice, those concerns may not be significant obstacles. Thompson observes that while big mergers and acquisitions that make aerospace headlines have been happening for years, those deals tend to be geared to creating scale. In contrast, M&A designed to acquire innovative technology is small money.

PwC reckons that aerospace and defence contractors should view M&A as "an efficient approach to building technology scale and scope". A related piece of advice is to "play to your strengths", with PwC citing the example of Boeing’s ongoing investment in autonomous systems, which anticipated USAF and commercial demand for this technology.

Make-or-buy decisions should be re-examined, adds PwC’s report. The supply chain "can be a channel for creativity" when working with suppliers with unique technology. An example cited is Lockheed Martin’s selection of Harris as the supplier of a next-generation F-35 central data processor, which cut unit costs by 75% and boosted computing power by 25 times. However, warns PwC, reliance on any single supplier comes with hazards – a partner could be acquired by a rival.

And, ultimately, the importance of recruiting the "right talent" should not be overlooked. Aerospace and defence companies, notes PwC, are "emphasising workforce training in areas such as data science, automation, cyber and advanced manufacturing [but] evidence suggests other industries are way ahead in the race to hire and retain talent".

This talent gap looms large. Thompson says the days are rapidly ending when Washington DC-focused aerospace and defence had some geographic protection from California-centred big technology companies. Names like Google and Amazon are in the process of establishing second headquarters on the US east coast and, he warns, will imminently be recruiting tens of thousands of young people. 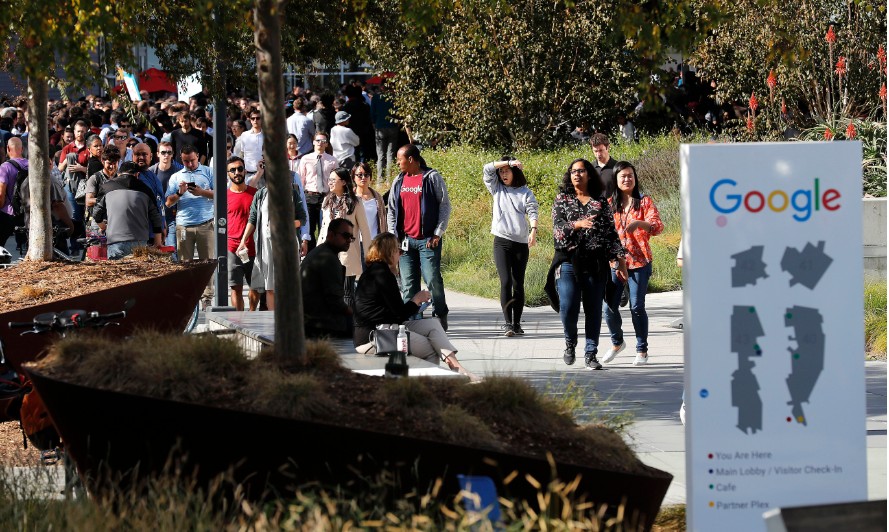 Coming soon to an HQ near you