The upgraded aircraft will be designated Growler Block II and include features already on the F/A-18E/F Super Hornet, such as the advanced cockpit system and conformal fuel tanks. It will include improved sensors and an upgraded electronic attack package. 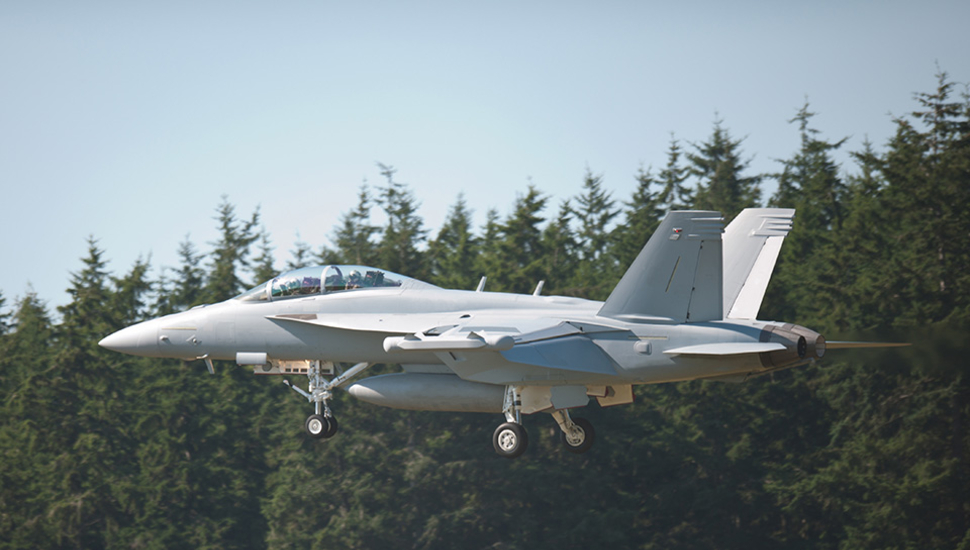 Earlier this year Boeing was working with the US Navy on initial architecture studies when when it received funding for the work. This helped it solidify requirements and move the Growler Block II design toward a system functional requirements review later in 2019.

“It’s about enhanced sensitivity through sensor modernization,” said Jennifer Tebo, Boeing’s director of development for the Super Hornet and Growler at the Navy League Sea-Air-Space conference in National Harbor, Maryland. “A lot of these sensors were developed in the ’90s, frankly. We’ve done some upgrades along the way, but it is time to do a step function enhancement on the Growler.”

She declines to say exactly what sensors would be added, citing military classification.

“It sets the Growler up for continued and rapid evolution over time,” she says. “The threats are evolving quickly, rapidly, and we’ve got to keep pace.”

In particular, the Growler Block II would have the computer power necessary to manage Loyal Wingman unmanned air vehicles (UAVs) that are being considered by the US Department of Defense as a means to cheaply expand US military’s fleet of combat aircraft.

The USN hasn’t decided on the number of Growlers it wants to upgrade, though it could potentially be the entire 160 aircraft fleet, says Boeing. Australia’s Growler fleet could be eligible for upgrades too. Should the service go forward with the retrofits it would field the first examples of the enhanced electronic warfare aircraft in 2025.