The Royal Canadian Air Force has approved a five-year contract extension with L3 MAS covering the in-service support of its fleet of Airbus A310 tanker/transports until March 2023.

Locally designated the CC-150 Polaris, the twinjet is employed in a variety of roles by the service, including air-to-air refuelling and freight, personnel and VIP transport, plus medical evacuation. Flight Fleets Analyzer shows it as operating five GE Aviation CF6 80C2-engined examples, aged between 30 and 32 years. 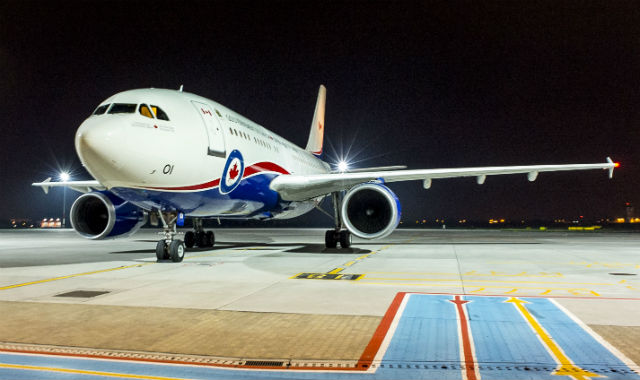 L3 MAS values its extended arrangement at up to C$230 million ($172 million), with the company to provide programme and material management, engineering and maintenance support and component-level maintenance, repair and overhaul services. Work will be performed at its Mirabel facilities in Montreal, Quebec, and at the air force's Trenton air base in Ontario.

Fleets Analyzer shows the A310 as also operated by the air forces of France, which uses three in a transport role, and Germany, which has four tankers and one for airlift tasks. Spain employs a further two as dedicated VIP transports, while France's DGA defence procurement agency flies one.

In addition to the combined 16 A310s now in military service, Fleets Analyzer records a further 30 as in use with airlines and freight operators. Leading users include Iran's Mahan Air, with nine, and Canada's Air Transat, which has seven. Airbus Defence & Space also has one A310, used as a testbed for tanker technologies.