Boeing is ready to deliver at least two engineering, manufacturing and development (EMD) F-15EX fighters to the US Air Force (USAF) as soon as 2020.

The company says the aircraft’s similarities to its Advanced F-15 – a fighter it is producing for Qatar and Saudi Arabia – means it can quickly be turned out from its active production line. The proclamation comes as the House Appropriations Defense Subcommittee included $986 million in a draft FY2020 budget for eight F-15EX aircraft to replace aging F-15C/Ds. 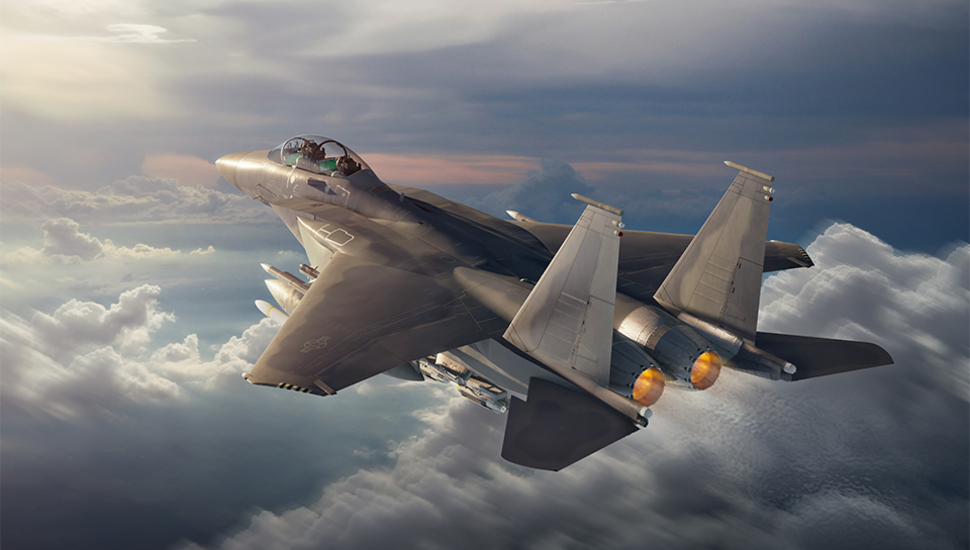 The F-15EX is a slightly modified version of the Advanced F-15, which is not in the USAF inventory. The service is interested in the fighter because its $29,000 per flight hour cost is cheaper than the Lockheed Martin F-35. Also, about 70% of the existing spare F-15 inventory already works on the F-15EX and transitioning squadrons to the aircraft would be faster.

Boeing Defense, Space & Security is producing Advanced F-15 aircraft at a rate of 12 per year at its St. Louis, Missouri facility. The airframer says that it plans to wrap up production of Saudi Arabia’s jets in 2019 and then start on Qatar’s order. With its existing backlog of orders, the F-15 programme has three more years of production.

However, the St. Louis F-15 production line has capacity to build as many as 36 aircraft per year, says Boeing.

“We have other things in the pipeline which will keep the pipeline going. So, it’s not an eminent threat of being starved off of orders quite yet,” says Prat Kumar, Boeing’s vice president and programme manager for the F-15. “Many of the countries that have this platform have showed renewed interest.”

Qatar has been approved by the Pentagon for up to 72 aircraft, Israel is looking at buying up to 25 aircraft and the USAF’s total procurement plan over five years is up to 80 aircraft, among other interested parties, he says.