Turkish Aerospace expects to complete the preliminary design review for its Hurjet advanced jet trainer next month, with the activity likely to flesh out details such as the engine model to be used and other subsystems including avionics for the supersonic aircraft.

The selection of key subsystem suppliers on the Hurjet programme appears to have taken longer than originally expected, and one source tells FlightGlobal that its first flight is now likely to be in June 2022: roughly six months later than a previous schedule. 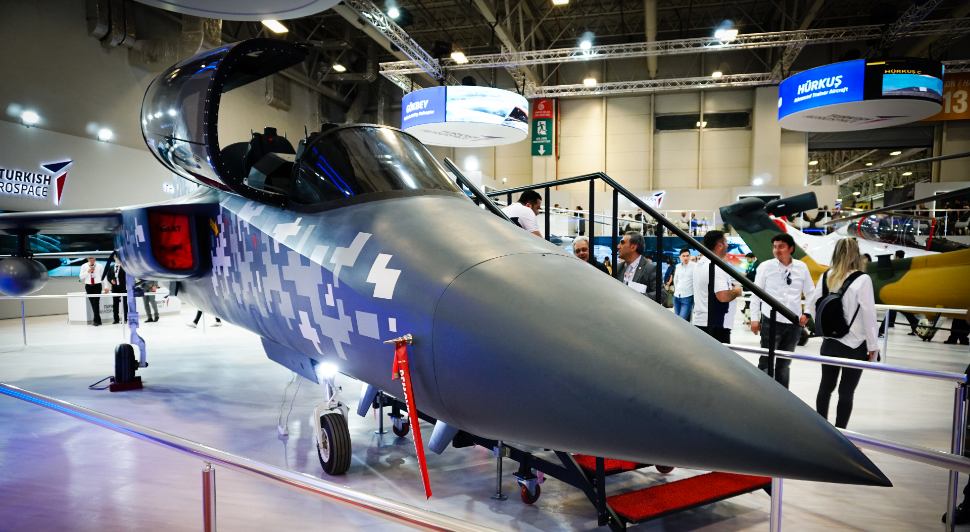 An engine type is understood to have already been selected, but will not be announced prior to the design review's completion. Aselsan also appears likely to be selected to provide key mission equipment, including the type's avionics.

Despite the apparent delay, the project is continuing to mature, with windtunnel testing complete. "Our outer mould line is finished, and we are reaching the performance that we are planning," says an official linked to the activity.

Turkish Aerospace has stated that the maximum speed of the single-engined Hurjet will be Mach 1.2, with a maximum operating altitude of 45,000ft. The main objectives of the programme are to replace the Turkish air force's Northrop T-38 fleet, which totals around 70 aircraft, and to compete on the export stage for advanced fighter/trainer requirements.

The Hurjet also will be available as a light-attack platform. At the IDEF exhibition in Istanbul, a full-size mock-up was displayed with wing-tip-mounted Goktug weapons – Turkey's first indigenous air-to-air missile – and also carried HGK-82/83 precision-guided bombs. Both are Tubitak Sage products.

Hurjet activities are currently internally funded, under a so-called "third-party protocol" with the Turkish government and air force, with a development contract expected to be placed shortly.