With the Pentagon wavering over the number of F-35s it wants to buy, Lockheed Martin has turned its gaze on Europe. The company is bullish on selling the aircraft to America’s European allies. It believes that by 2030 there will be more than 500 F-35 Lightning II stealth fighters deployed in Europe – more than the number of Eurofighter Typhoons currently in operation worldwide.

“With Finland, Poland and Switzerland evaluating the airplane right now that could be a number that is approaching 700 airplanes by that same timeframe,” says Steve Over, director of F-35 international business development. “We are in dialogue with almost every free country around the world.”

The F-35 stands alone as Europe’s only option for a stealth fighter. The Franco-German Future Air Combat System (FCAS) project remains two decades away and the UK’s Tempest is planned to come only a few years earlier, in 2035. Thus, Lockheed is feeling confident about its market position. 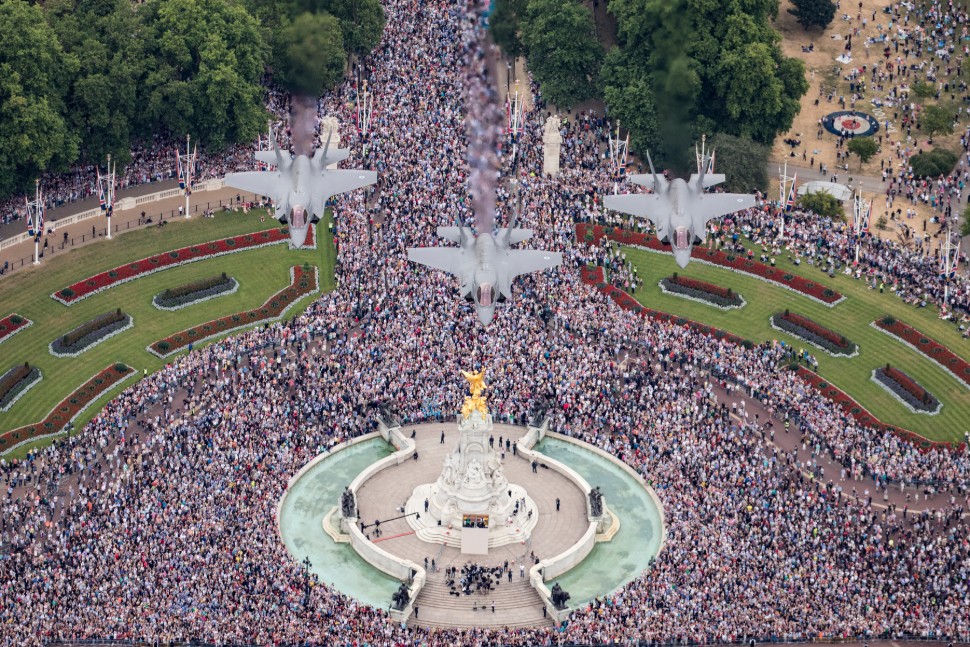 To be sure, the German Ministry of Defence booted the F-35 from its Panavia Tornado replacement programme in January 2019 when it leaked that it would only consider the Boeing F/A-18E/F Super Hornet and Eurofighter Typhoon. Lockheed declines to comment on the German programme, but its remarks suggest it does not believe it is officially out of the running.

The Luftwaffe aside, other European countries are taking a hard look at the stealth fighter, says the F-35 Joint Program Office (JPO). It expects to submit a sales proposal to Finland in August and an offer to Switzerland in November, said Vice Admiral Mathias Winter, executive officer of the JPO, in an April hearing before the House Armed Services Committee. Additional interest is coming from Greece, Poland, Romania and Spain, he says.

In April, Greece said it was considering buying up to 30 F-35s to replace its oldest F-16C/Ds. In May, Poland formally requested 32 F-35A aircraft, along with a logistics and training package. The governments of Romania and Spain have not revealed their plans.

Beyond Europe, Canada and Singapore are interested in buying the F-35. Singapore plans to buy four examples initially to test, with the option to buy eight more. Canada is one of the original nine partner nations in the Joint Strike Fighter development programme, but has dithered over buying the aircraft. Quebec is expected to release a request for proposals for 88 advanced fighters as part of its Future Fighter programme in mid-2019.

Europe certainly is a big opportunity for the F-35, says Douglas Barrie, senior fellow for military aerospace at the International Institute for Strategic Studies in London. “The only surprise for me would be if the F-35 didn’t make any more sales in Europe. It’s not a question of if, but a question of when. In many ways, it’s the competitor to beat,” he says. “That’s not to say it’s always going to win.”

In Finland’s H-X contest to replace 62 F/A-18C/Ds, the stealth fighter’s youth could give it an edge, says Barrie. Potential competitors include the Dassault Rafale, Typhoon, Saab Gripen and Super Hornet.

“[The F-35 is] the youngest of the aircraft in the competition in design terms, so that has to be an advantage,” he says. “The challenge to the competitors is that they have an upgrade path which keeps their platform relevant and combat capable.”

In other competitions, Lockheed’s bid may be less competitive, however. For example, in Switzerland the F-35 might be overkill.

“What did they go for last time? They went for a Gripen as the answer to the competition, which in some ways was the most modest of the aircraft on the table,” says Barrie. “Their focus tends to be territorial air defence – much less offensive operations, where you are looking to your stealth as a primary capability.”

The F-35 might also be too much for Romania. The country’s air force is mostly made up of two dozen 1950s MiG-21s, according to Cirium’s Fleet Analyzer. “That’s an awful lot of airplane for that country,” says Barrie.

For its part, Greece’s economy has recently returned to growth and is projected to continue to expand. Although the country’s sky-high debt levels are declining, it might still need financing help from the USA to afford the F-35.

Lockheed argues that lower prices for its fighter will open new markets. The company points out that the aircraft’s unit cost has declined by 60% since Lot 1 in 2007 and is promising that it will be below $80 million by Lot 14 in 2020. The company also claims it can bring its operating costs down to $25,000 per hour by 2025, although the Pentagon’s Cost Assessment and Program Evaluation office said in May that it doubted that was possible.

While pursuing new sales, Lockheed could be challenged to hold onto old orders. Its projection of 500 F-35s in Europe by 2030 assumes every country will buy its full programme of record, and that the USA will station 48 of its stealth fighters in Europe. If political winds blow in the wrong direction, the actual count could easily come up short, however.

For example, should Russia deliver the Almaz-Antey S-400 anti-aircraft system to Turkey before July as promised, deliveries of the USA would likely halt deliveries of the F-35A. That would jeopardise Ankara’s 100-aircraft programme of record.

There are also lingering doubts that Italy and the UK will fulfil their original commitments. Italy, which has already reduced its F-35 order once before, from 131 to 90 aircraft, is governed by a coalition government that includes the Five Star party, a populist group that has threatened to reduce funding for F-35 purchases. The other half of the coalition government’s leadership is dominated by the Northern League, which supports buying the F-35. Italian F-35s are produced at the final assembly and check out facility in Cameri, Italy – an area of the country that strongly supports the Northern League.

The UK is committed to buying 138 aircraft as part of its programme of record. The Royal Navy needs 48 examples of the F-35B, the short take-off and vertical landing variant, for its two Queen Elizabeth II-class aircraft carriers. However, the UK’s ambitions to develop a notional sixth-generation fighter, via BAE Systems’ Tempest concept, could cut into its appetite for the F-35, says Barrie.

“It’s unlikely the UK will take 138. How close to that number London gets remains to be seen,” says Barrie. “In part, it depends on how Tempest progresses and when it will actually be entering service.”

Ultimately, Lockheed’s golden opportunity will not last forever. Not only is President Donald Trump pressing European NATO members to meet their commitments to spend 2% of GDP on defence, France, German and Spain are pushing development of FCAS.

“Against this backdrop of Europe spending more on defence, there is a political lobby that says: ‘We really ought to spend that money within Europe,’” says Barrie.