NATO is planning to award Boeing a $1 billion contract to upgrade the alliance’s fleet of E-3A airborne warning and control system (AWACS) aircraft at a ceremony at Melsbroek Air Base in Brussels on 27 November.

NATO plans to award Boeing a $1 billion contract to upgrade the alliance’s fleet of E-3A airborne warning and control system (AWACS) aircraft at a ceremony at Melsbroek Air Base in Brussels on 27 November.

The alliance announced the upcoming ceremony on 25 November.

The contract is part of a larger push to upgrade NATO’s surveillance capabilities, including the purchase of five Northrop Grumman RQ-4D unmanned aerial vehicles (UAV). The first example of those UAVs was received in Sigonella, Italy on 21 November. The aircraft are part of the NATO Alliance Ground Surveillance aircraft programme and are based on the US Air Force RQ-4D Block 40 Global Hawk.

NATO expects initial operational capability for its RQ-4D in the first half of 2020. The alliance plans to use the UAVs for surveillance of ground troops and civilian populations, border and maritime patrol, counter terrorism operations, as well as crisis management and humanitarian assistance in natural disasters. 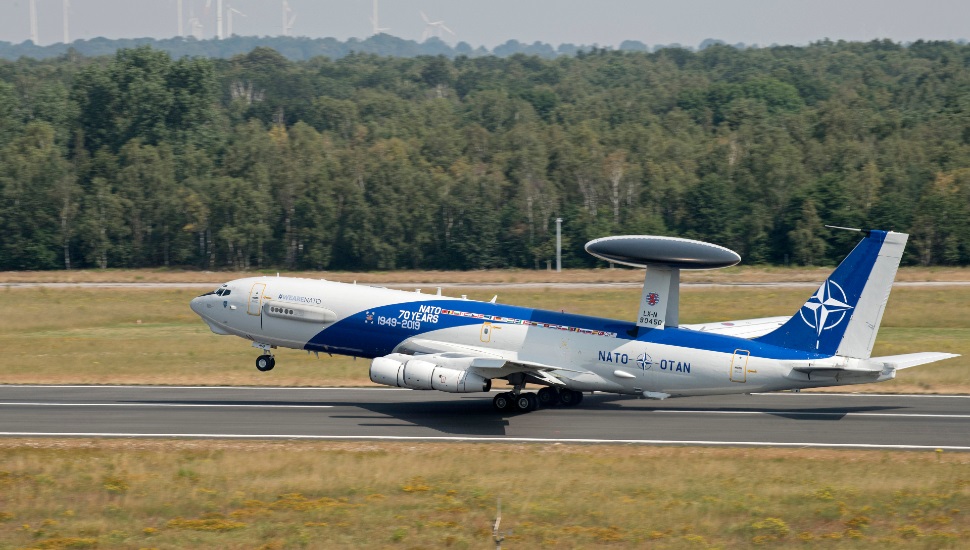 Boeing’s planned upgrades will give NATO’s E-3As capabilities enabling them to operate until retirement, around 2035

NATO says the fleet of E-3As are the only major military equipment collectively owned by the alliance, besides the incoming RQ-4D UAVs. Other aircraft are shared with the alliance on an ad hoc basis during operations.

The E-3A is based on the Boeing 707 commercial airliner. It carries a rotating radar dome mounted atop its fuselage, which is used to detect aircraft and ships. It serves not only as an air surveillance platform, but also as a command and control, and communications hub.