Northrop Grumman’s AN/APG-83 active electronically scanned array radar is being considered by Boeing for the Cold War-era B-52 bomber.

The company said it is pitching the modern radar to Boeing as part of the B-52 Bomber Modernisation Radar System initiative, which would include engineering, manufacturing, development and delivery of an initial seven radar units.

A version of the scalable agile beam radar system (SABR) has also been developed for the Rockwell B-1B fleet, says Northrop Grumman. The company already has been pitching its radar for the US Marine Corps F/A-18C/D Hornet strike fighter. In June 2018, it successfully performed a fit check on the F/A-18. 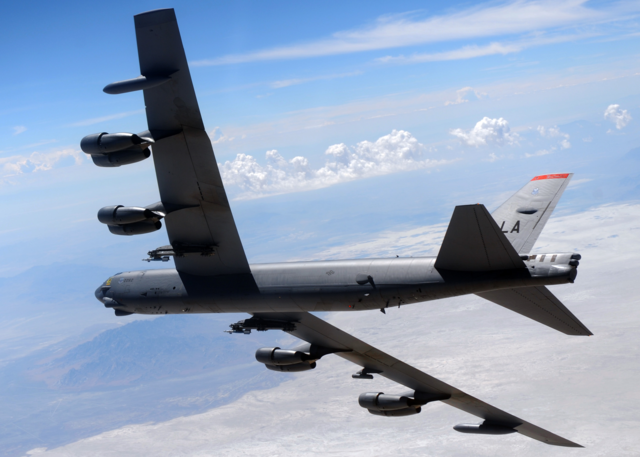 The AN/APG-83 radar was selected in 2017 for upgrades on 72 Lockheed Martin F-16s operated by the US National Guard. Northrop Grumman says it is in full-rate production of the radar in support of F-16 upgrade programmes for international and US military customers.