The Royal Canadian Air Force has issued a draft request for proposal to five potential suppliers to replace its Boeing CF-18A/B Hornet fleet.

In a notice posted online 26 October, Ottawa listed five suppliers eligible to replace its fighter fleet with 88 advanced jets: Dassault Aviation, maker of the Rafale; Saab, maker of the JAS 39 Gripen; Airbus Defense, a major partner in the Eurofighter joint venture, which makes the Typhoon; Lockheed Martin, maker of the F-16 and F-35; and Boeing, maker of the F/A-18 Super Hornet and F-15E Strike Eagle. Only these five will be allowed to submit proposals.

Suppliers will have about eight weeks to provide feedback. This will help refine and finalize the formal RFP.

The RCAF plans to receive initial proposals from bidders between summer and winter 2019. A contract is anticipated to be awarded during the winter months of 2021-2022.

Canada wants initial aircraft to be delivered in 2025, with initial operational capability achieved by 2026. The government wants all aircraft delivered by 2031 or 2032, at which time the CF-18 fleet will be retired. 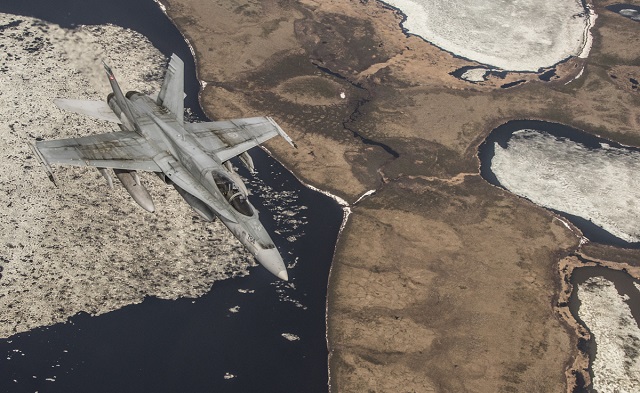 “Our fighter jet process is one of the largest procurements the government has ever undertaken,” said Carla Qualtrough, minister of public services, procurement and accessibility, in a speech the day before the RFP was formally released. “And it represents the most significant investment in the Royal Canadian Air Force in more than thirty years.”

Later, the RCAF decided to buy 24 Boeing F/A-18E/Fs to be flown on a temporary basis until a permanent aircraft was found. That decision was also reversed after Boeing unsuccessfully lodged a complaint with the US Commerce Department against Canadian aircraft manufacturer Bombardier, alleging that it had sold CSeries aircraft below cost using government subsidies. In retaliation, the Canadian government canceled the F/A-18 purchase agreement with Boeing and instead signed a deal to purchase 25 F/A-18 Hornets from the Royal Australian Air Force.