Sikorsky-owned PZL Mielec has delivered an M28 utility transport to the Ecuadorian army.

Flown from Mielec in Poland by company pilots via stops in Iceland, Greenland, Canada, the USA and Central America – a distance of over 7,300nm (13,500km) – the aircraft was handed over at Shell Mera air base. 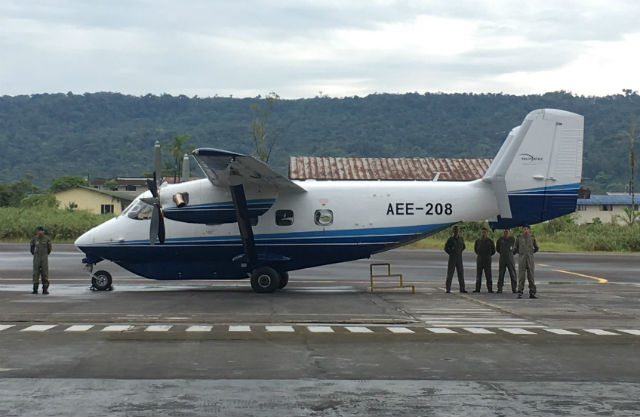 Ecuador ordered the Pratt & Whitney Canada PT6A-65B-powered transport in April, with the deal also including the provision of training for army pilots and maintainers.

"The twin-engined turboprop will meet the Ecuadorian army's need for a proven multirole transport aircraft that can perform in diverse climates and terrain," says Sikorsky parent Lockheed Martin.

Flight Fleets Analyzer shows that the M28 – now registered as AEE-208 – was first flown in 1996 and used by Polish general aviation operator Aerogryf until 2001. It was then acquired by PZL Mielec and flown as SP-DDA until its purchase by Ecuador.

Quito's selection of the M28 followed a promotional tour of seven Caribbean and Latin American nations conducted by PZL Mielec in 2017. Featuring rear cargo doors, the short take-off and landing type can transport a payload of up to 2,300kg (5,000lb), or up to 19 passengers in a transport configuration.