Indonesia has ordered eight additional Airbus Helicopters H225Ms that will be operated by its air force in combat search and rescue missions, as well as nine additional Bell 412EPIs.

The aircraft will be delivered by Airbus Helicopters’ local partner PT Dirgantara Indonesia (PTDI), which will reassemble the helicopters and fit them with specialist mission equipment at its Bandung facility. 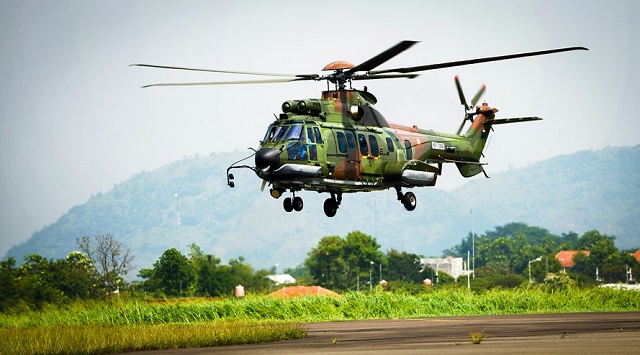 “We welcome Indonesia’s selection of our H225M helicopters for their expanding fleet. The H225M is a combat-proven helicopter that is well regarded by military customers worldwide, and Indonesia’s additional order speaks strongly of their confidence in Airbus’ helicopters,” says Ben Bridge, executive vice-president, Global Business of Airbus Helicopters.

PTDI has produced rear fuselage and airframes for the H225 programme since 2008, and expanded its co-operation with Airbus Helicopters in 2017 to include support and services for the Indonesian military’s helicopter fleet.

This story has been updated to reflect the Bell 412 order.