FlightGlobal visited the ship in Singapore three months into a cruise that has included the Mediterranean Sea, Red Sea, Indian Ocean and finally the Straits of Malacca. 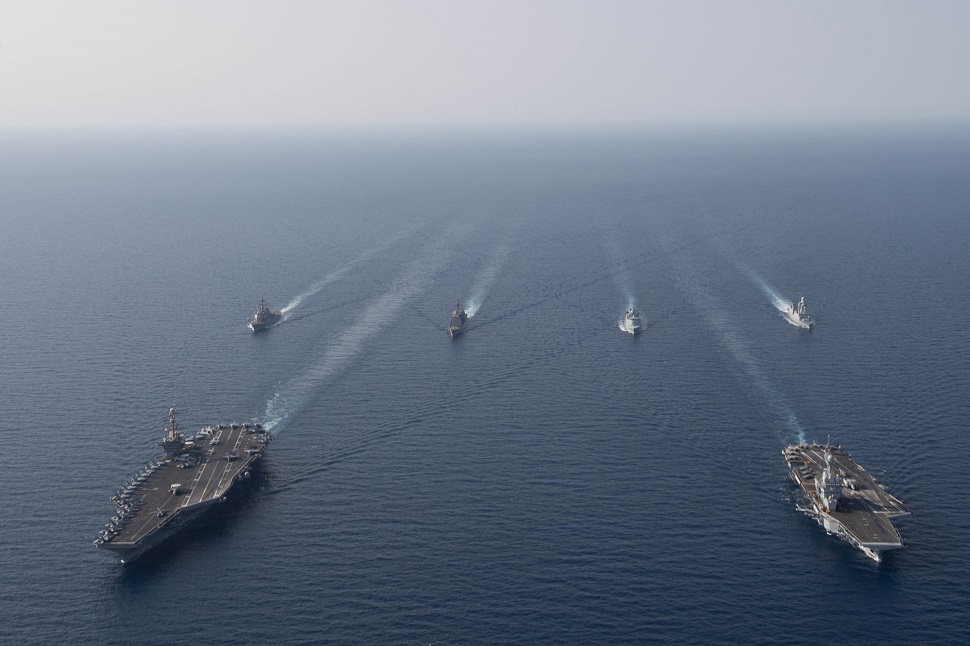 Typically, the carrier's air wing includes 24 Rafales divided into two squadrons, but six aircraft remained in France for upgrade work. Using a pair of steam catapults, the ship can launch one aircraft per minute.

"This ship and Rafale can work far away from France with a maximum of autonomy and without a huge logistical link," he says. "We have many spare parts and many repair shops aboard. This ship is really a success for this purpose... Sustainability is very good. We have one month before returning to France. I hope we maintain this level of serviceability." 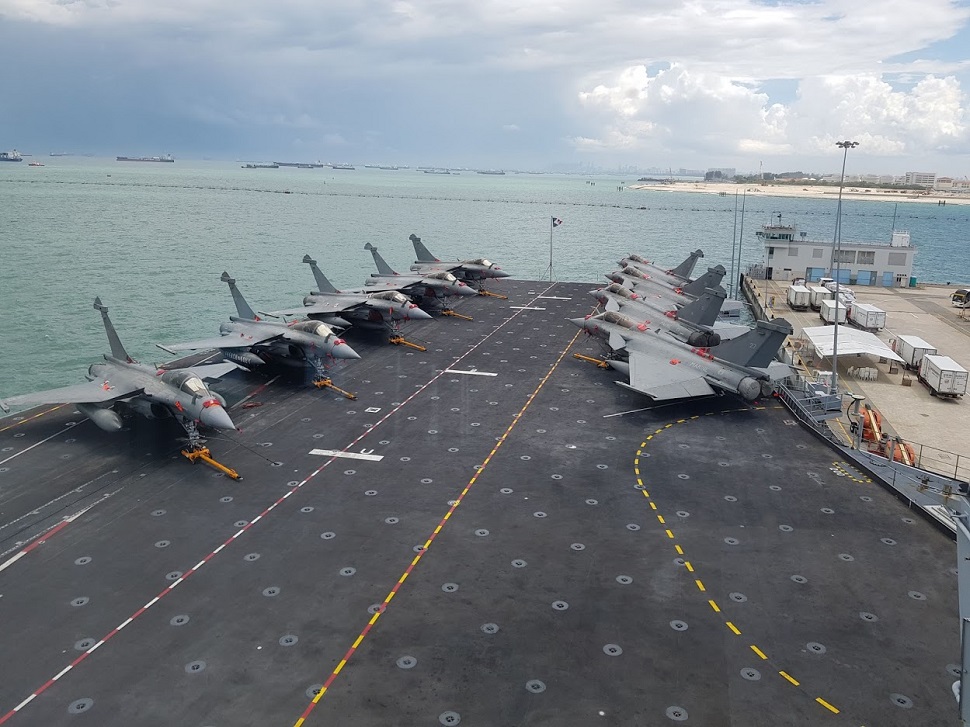 The nuclear-powered carrier is fresh out of a major upgrade completed in September 2018. This focused on better resistance to cyberattack and electronic warfare. The voyage is only the second time the Charles de Gaulle has deployed with a fighter element comprising entirely Rafales, following the retirement of the French navy's last Dassault Super Etendard Modernise platforms in 2016. 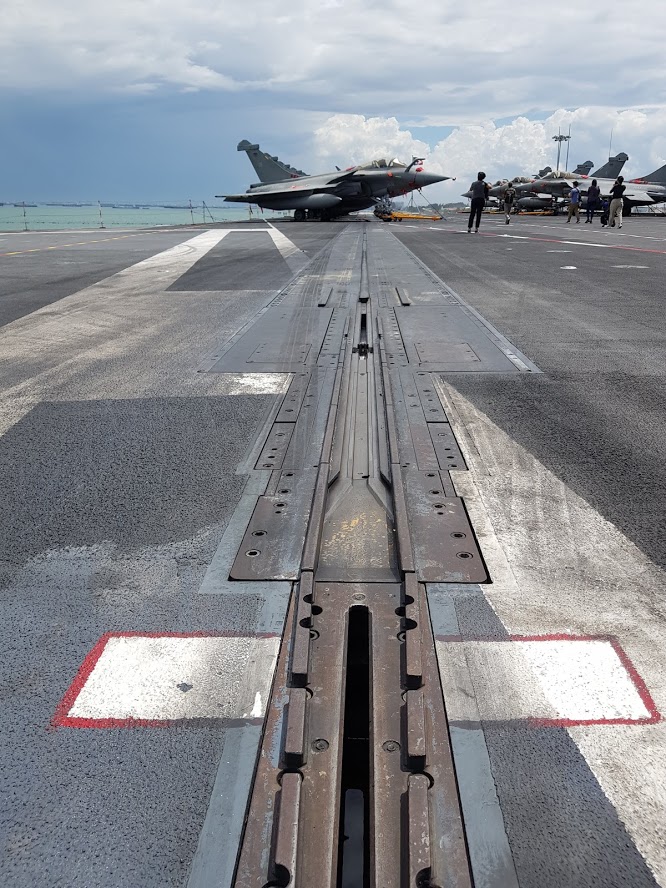 “As a carrier strike group we have operated in areas of strategic interest through which flows a large percentage of shipping on which a large part of world economy relies.”

In the Red Sea, the ship rendezvoused with the US Navy aircraft carrier USS Stennis, so that the pair’s air wings could conduct dissimilar air combat training. Rafale Ms conducted touch-and-go landings aboard the US vessel, and conducted air-to-air refuelling training with Boeing F/A-18E/F Super Hornets.

The carrier also participated in the annual Varuna naval exercise with the Indian navy off the coast of Goa. This saw the Charles de Gaulle operate with the INS Vikramaditya, which operates RAC MiG-29K fighters. 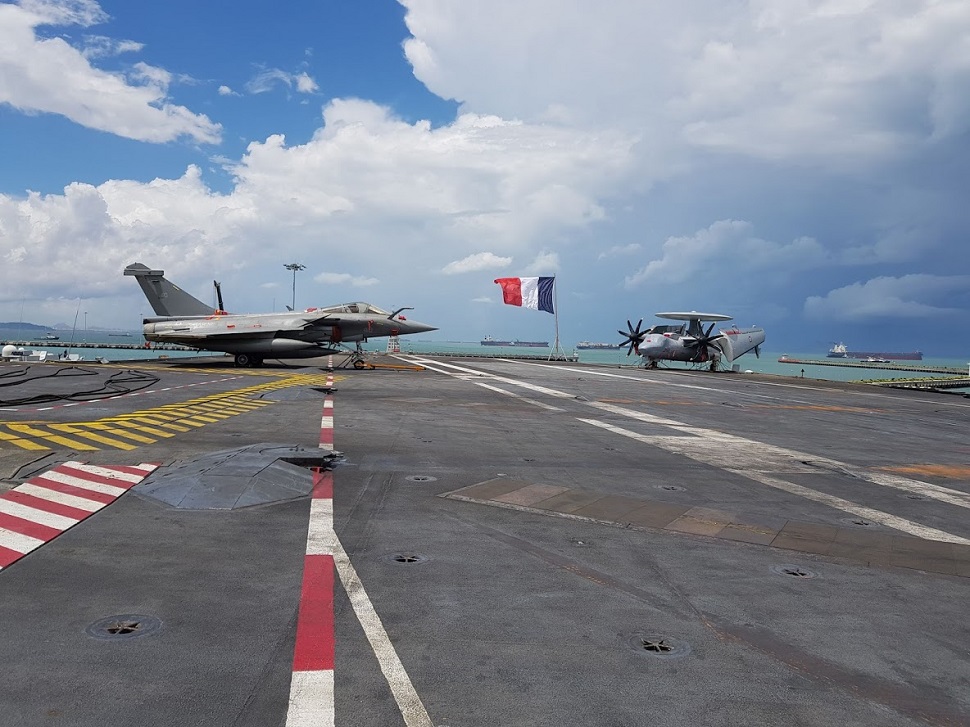 While the focus of the Varuna manoeuvres was interoperability, it also offered New Delhi the opportunity to observe the Rafale M in action. The French type is contending against the Super Hornet for a 57-aircraft Indian navy requirement.

Subsequently, the Charles de Gaulle exercised with ships from other nations in the Bay of Bengal. These included the JS Izumo, a Japanese helicopter carrier that is eventually set to receive Lockheed Martin F-35B fighters.

Following its current port call, the French strike group will hold exercises with Singapore's air force and navy, prior to a month-long voyage back to its home port of Toulon, via the Indian Ocean.

The Charles de Gaulle’s air wing made headlines in the region on 20 May, when seven Rafale Ms were forced to divert to Banda Aceh, instead of recovering on the ship, which was then involved in an exercise 54nm (100km) off the island of Sumatra. 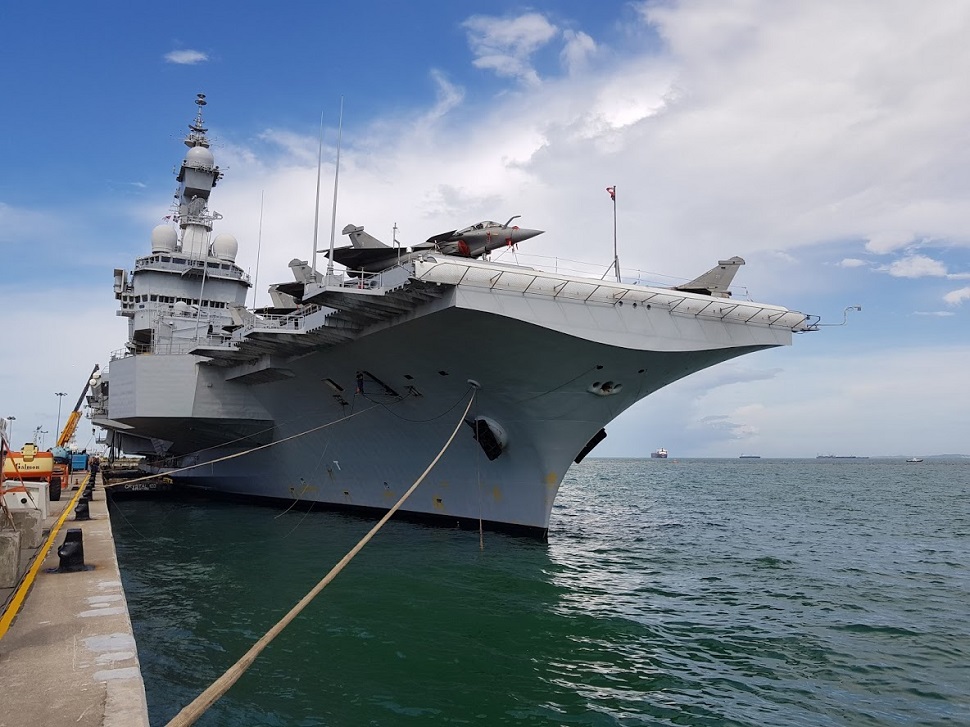 The Charles de Gaulle at dockside in Singapore

De Saint Germain says conditions became very cloudy and windy while the fighters were still airborne, and that it is standard procedure to have a diversion airfield in case of bad weather or an issue aboard the ship.

"This is the normal way to operate and to ensure that, in the worst case, there is no ejection of the pilots. It was not a concern, but it took a bit of energy to recover them. We are trained for it."

The weather cleared, and the fighters returned after 10h on the ground.