The Peoples’ Liberation Army Air Force (PLAAF) has a large presence in this year’s static park at Airshow China in Zhuhai, including the public debut of a new operational type.

The most notable PLAAF aircraft on display is an AVIC Wing Loong II UAV, which for the first time is appearing in the show in PLAAF markings. Moreover, it is in the PLAAF paddock, and was seen being attended to by air force technicians.

The appearance of the type, which resembles the General Atomics MQ-9 Reaper, suggests that it is in service with the PLAAF. The aircraft on display appears to be an earlier version of the Wing Loong II, as it lacks the winglets seen on more recent examples promoted by AVIC. 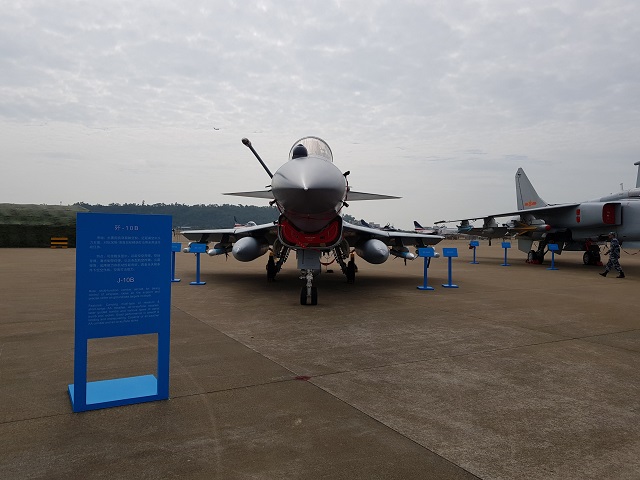 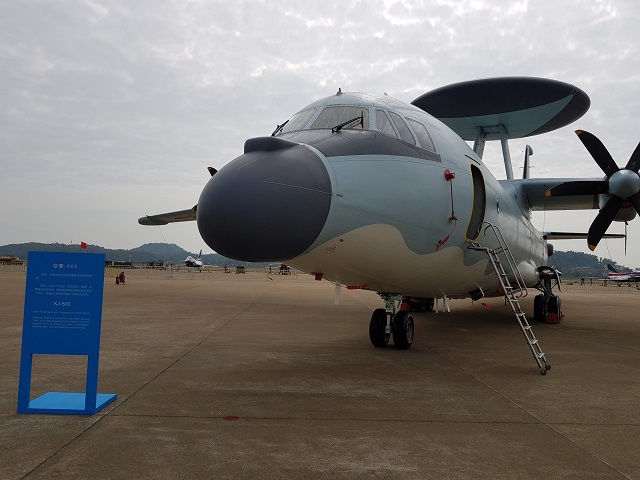 Fighters on static included a Chengdu J-10B, a JH-7A, and a Nanchang A-5. The A-5 is a legacy type that reportedly retired in 2017. Social media images suggest that the example on static display was delivered to the show on the back of a truck.

Of the aircraft on display, the most interesting example for western observers is the H-6K, a much upgraded version of the Tupolev Tu-16. The type has six hardpoints for long-range cruise missiles. The aircraft on static is loaded with the K/AKD63B and K/AKD20 cruise missiles. In 2017, a demonstration of the K/AKD63B saw the weapon fly through a window and destroy a four-storey building. 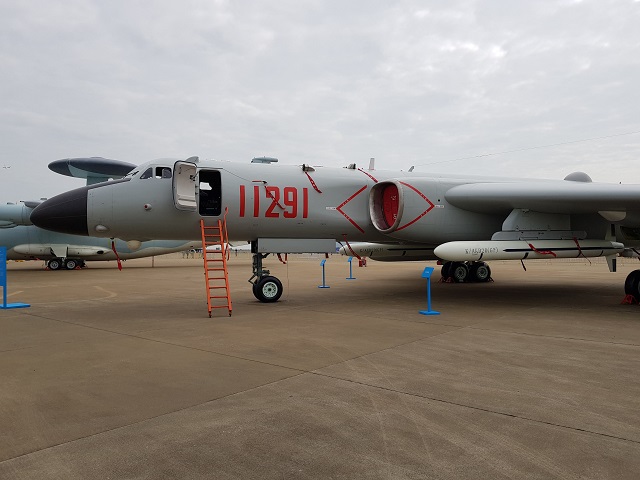 In August, a Pentagon report warned of the threat posed by Beijing’s bombers. It noted that the H-6K has more range and endurance than previous versions of the H-6, and offers an “offensive strike capability against Guam.”

The example on static includes several modern features. These included a satellite communications dome on the upper fuselage, an electro-optical sensor under the aircraft’s chin, and an enclosed radome to house the aircraft’s radar.