The equipment was previously manufactured by Northrop Grumman, which decided not to bid on the next-generation system, saying it was not an attractive business deal.

Lockheed did not disclose the terms or value of the new contract, which was announced on 13 June. 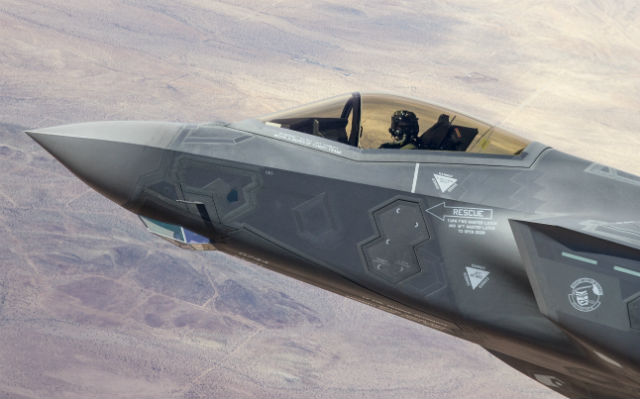 The F-35’s DAS uses six infrared cameras mounted around the aircraft, including under the nose, to project augmented-reality images into a helmet-mounted display (HMD) made by Vision Systems International, a joint venture between Elbit Systems and Rockwell Collins.

By projecting the DAS video stream onto the HMD, the F-35’s pilot can see through the aircraft structure to view the surrounding environment. The system also automatically identifies and tracks threats, such as incoming missiles, in the display.

The Raytheon-built DAS will be integrated into the F-35 starting with Lot 15 production aircraft, expected to be delivered in 2023.

Lockheed expects the next-generation system to generate more than $3 billion in lifecycle cost savings. It also says it will be more reliable and have better performance than the earlier version.