The United Arab Emirates (UAE) is on track to receive its first GlobalEye swing-role surveillance system aircraft within the next 12 months, Saab chief executive Hakan Buskhe has disclosed.

Speaking at the company's Stockholm headquarters on 20 May, Buskhe identified "April next year" as the scheduled delivery date for the UAE's lead example of the Bombardier Global 6000-based asset. 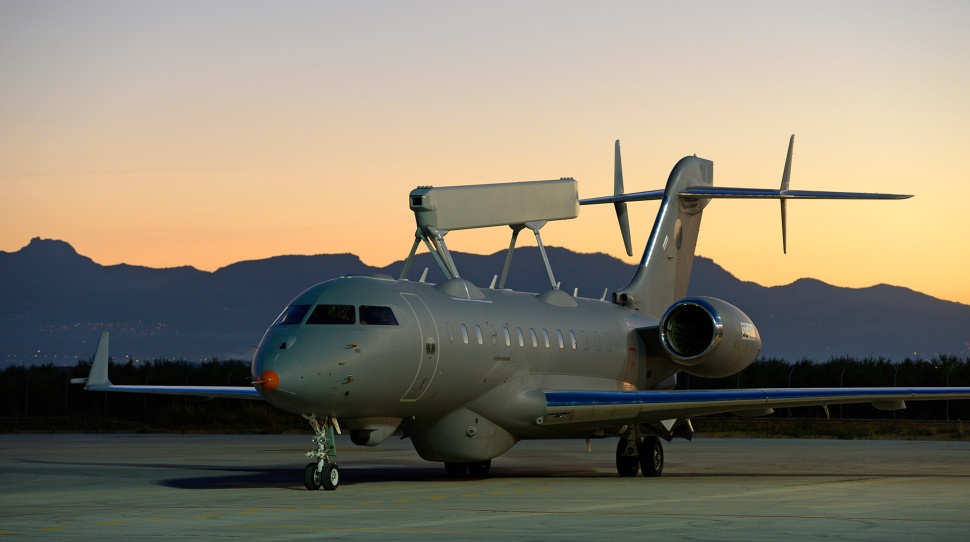 The UAE has three examples on order. Two are involved in flight testing being conducted from its Linkoping production site in Sweden and Grenada, Spain, while the other is currently in its modification phase and likely to fly by around the year end.

Lars Tossman, Saab's head of radar solutions, says pilots from the European Union Aviation Safety Agency have flown on board the aircraft, which will receive a supplemental type certificate from Sweden's military airworthiness authority. Certification flight testing is scheduled to be completed soon, he adds, with GlobalEye demonstrating "excellent system performance".

Meanwhile, the lead ground station element equipment for GlobalEye has already been delivered to the UAE, Tossman says.

Future customers for the GlobalEye or a dedicated maritime surveillance derivative of the platform would receive aircraft in Bombardier's Global 6500 standard, which features more powerful Rolls-Royce Pearl engines and some aerodynamic enhancements. Tossman says this will require some further flight testing to be performed, but that "for us it doesn't have a difference: it's the same certificate."