Announced at the DSEI exhibition in London on 11 September, the defensive aids system (DAS) enhancement will be delivered by an industry team involving Leonardo UK and Thales UK, which have worked with the nation's Defence Science and Technology Laboratory during previous trials. 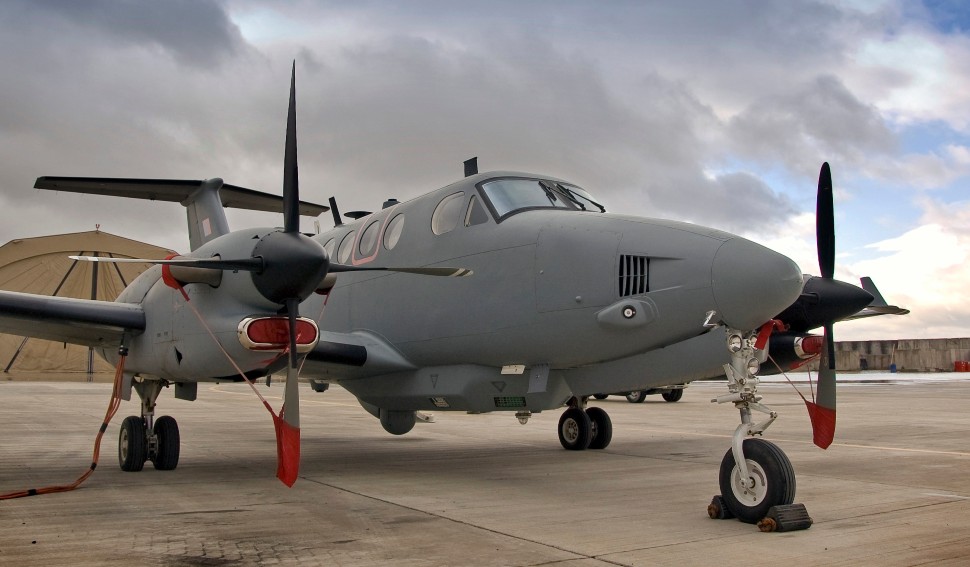 "The dual-head fit of the Miysis DIRCM provides the ability to defeat multiple threats simultaneously by accurately directing a jamming laser onto the missile's seeker," the companies note. The equipment can be integrated with the twin-turboprop as a result of it being "smaller, lighter and drawing less power than other DIRCM systems on the market", they add.

Integration work will be conducted by Raytheon UK at the company's Broughton site in Wales, in its role as prime contractor and support provider for the Shadow fleet. Six aircraft are currently operated by the RAF's 14 Sqn, home based at the service's Waddington intelligence, surveillance and reconnaissance (ISR) hub in Lincolnshire, with a further two to be introduced.

Meanwhile, Roland Howell, Raytheon UK's director airborne ISR, says a Mark 2 upgrade activity for the Shadow fleet remains on schedule for completion during 2023. "We are working a number of options in terms of what configuration it is, and the route to those," he says.

Separately, Howell says a Ministry of Defence-funded 10-year C-check activity now being performed on a stored Sentinel R1 battlefield surveillance aircraft should be completed in December, or January 2020.

The RAF's four active Bombardier Global Express-based Sentinels are scheduled to be retired in March 2021, when the service's support arrangement with Raytheon expires. However, Howell says: "We are very optimistic about the extension of Sentinel. It's a great platform, it’s doing a fantastic job and its output is in high demand across the coalition.

"We are in discussions with the MoD about what those future support arrangements might look like, and what activities are required in order to underpin the ability for the platform to continue delivering," he says. "We are having no discussions at the moment about disposal or alternative arrangements."