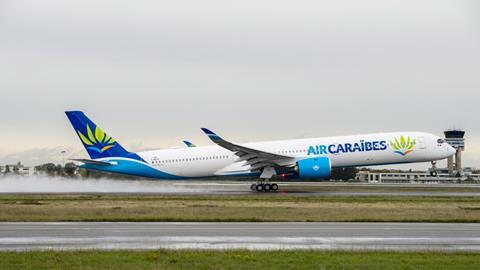 Air Caraibes has taken delivery of its first of three Airbus A350-1000s it has on order.

The Groupe Dubreuil carrier already operates three A350-900s and six A330s on routes from Paris to the French Caribbean.

Delivery comes after the airline confirmed its order for the -1000s three years ago.