A lack of harmony in when global regulators lift the grounding on the Boeing 737 Max will further complicate the plans of international carriers to restore the troubled aircraft to revenue service, say airline chiefs during a lively panel debate at the IATA's World Air Transport Summit in Seoul today.

Carriers operating in large countries like the USA and Canada may operate the aircraft on domestic routes after their regulators allow the 737 Max to return to the skies, but Singapore Airlines doesn't have "the luxury", said the carrier's chief executive Goh Choon Phong. 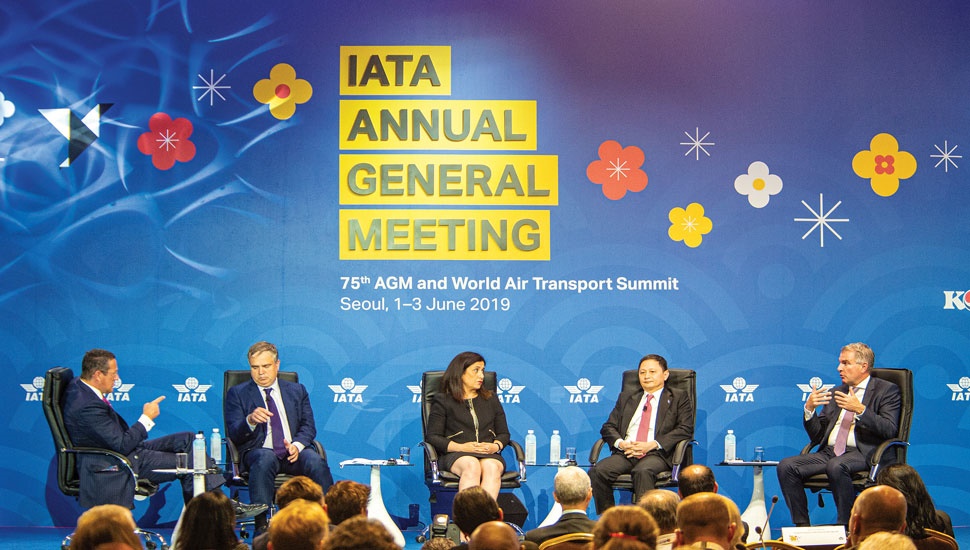 "Everything I operate is international," he says. "Beyond having the approvals of authorities in Singapore, we would need approvals of other countries we operate to."

Singapore Airlines' subsidiary SilkAir has six 737 Max 8s on the ground. The carrier would require a "minimum viable set of countries" allowing the 737 Max to fly in order for the aircraft to return to service with SilkAir, says Goh.

Uncertainty remains over when the global grounding on the 737 Max will be lifted. The US Federal Aviation Administration, which was the last major regulator to ground the aircraft, has been criticised for not taking action earlier. Concerns continue to linger over whether the regulator allowed the 737 Max to be rushed through certification.

Lufthansa's chief executive Carsten Spohr indicates that while the FAA may allow the aircraft to return to service, other regulators might not so quickly follow suit.

"It would be difficult to explain to passengers that the aircraft is safe in some parts of the world but not safe elsewhere," he says.

The aftermath of the 737 Max grounding has upended long-held assumptions over the role played by the FAA in contributing to today's aviation safety track record, says JetBlue chief executive Robin Hayes.

"It's an issue bigger than the Max," he says. "People start to question the regulatory framework that has been largely successful in promoting a safer industry."