All British Airways retrojets together for the first time

To mark the 50,000th customer on a “retrojet” flight by British Airways, all four heritage liveries have been photographed together for the first time. 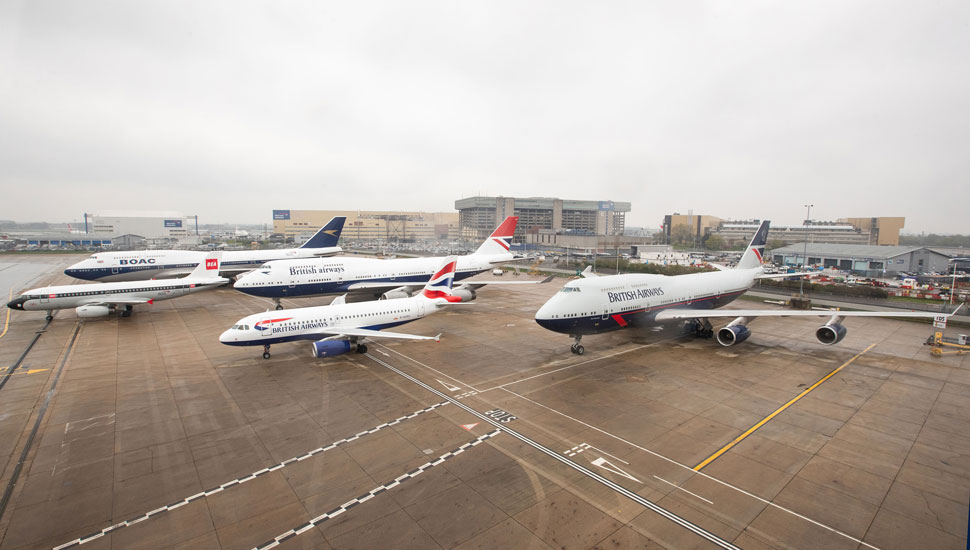 “The excitement and pride that we’ve witnessed from customers and colleagues as these heritage liveries, which we painted to mark our centenary, have flown around the globe has been unparalleled” says Alex Cruz, British Airways’ chairman and chief executive.

“Social media has been fired up with images from travellers all over the world when they’ve spotted the aircraft and as some 50,000 people have now flown on them since they arrived back in the fleet we wanted to capture a special photo to share with them.” 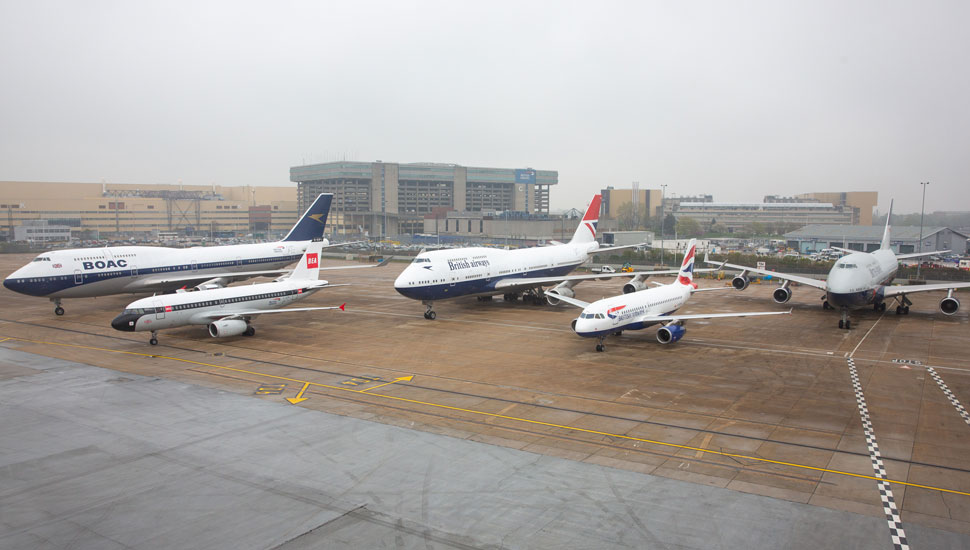 The four heritage liveries are:

The fifth aircraft in the photo is an A319 in the current Chatham Dockyard Union Flag livery.

Arranging this photo session took over 2h, and was done during scheduled downtime for the aircraft at the airline’s engineering base.