Azul became the first carrier in Latin America to operate A330-900s in 2019 and now has five in its fleet. Cirium fleets data shows the carrier also has seven older A330-200s, five of which are in service. 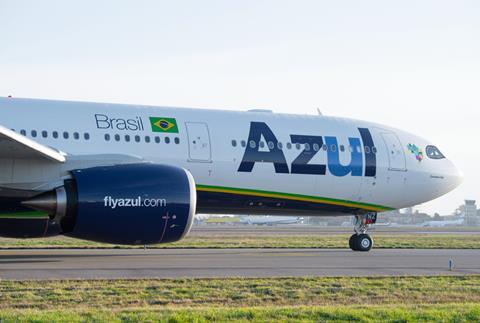 Azul chief executive John Rodgerson says: ”We are delighted to have secured three more next-gen Airbus widebody aircraft which ensures the complete transformation of our fleet. We are focused on keeping our widebody fleet stable while at the same time benefiting from the fuel efficiency savings from these aircraft.”

Alongside its A330neos, the airline is also replacing its older A330s with new A350s. Azul took its first A350-900 in September and will “in the coming weeks” be operating four of the jets.