UK budget carrier EasyJet has opted to ground the remainder of its aircraft fleet, after completing hundreds of repatriation flights in the wake of the coronavirus outbreak.

It has also reached an agreement to furlough cabin crew for a two-month period from 1 April, paying them through a UK government job-retention scheme.

EasyJet had already parked much of its fleet – comprising over 300 Airbus jets – in response to increasingly restrictive measures imposed by governments across Europe.

But it had continued operating repatriation and rescue flights and says it has conducted over 650 such services and carried 45,000 passengers. The final flight arrived on 29 March, although it remains prepared to operate more at government request.

“At this stage there can be no certainty of the date for restarting commercial flights,” says the budget carrier.

“We will continuously evaluate the situation based on regulations and demand, and will update the market when we have a view.” 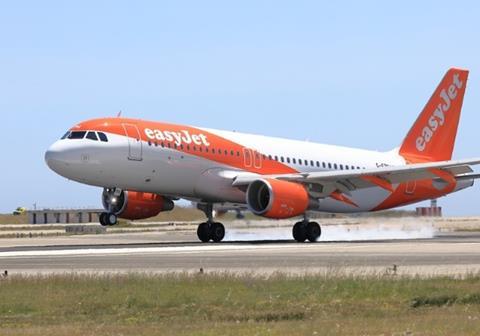 EasyJet says the fleet grounding “removes significant cost” from its operation, and adds that it is continuing to take steps to cut non-essential expenditure from its business.

It says its balance sheet is “strong”, with no debt refinancing until 2022, but is holding talks with liquidity providers.

“We are working tirelessly to ensure that EasyJet continues to be well positioned to overcome the challenges of coronavirus,” says chief executive Johan Lundgren.

EasyJet founder and key shareholder Stelios Haji-Ioannou has, however, recently renewed his criticism of the airline’s fleet strategy, insisting that capital expenditure payments to Airbus over the next three years pose a “threat” to the airline’s viability.

Haji-Ioannou believes the airline needs to cancel its current Airbus order contract with a view to operating a fleet of around 250 rather than 350 aircraft.

EasyJet has 129 A320neo jets on order, of which it had received 34 by the end of February, plus outstanding orders for 19 A321neos.