DHL Express has ordered 14 777 Freighters, marking a notable cargo win for Boeing on the first day of the Farnborough air show.

The German express shipper's order agreement, which comes amid broader air freight recovery, has a list-price value of $4.7 billion, says Boeing. DHL, which expects the first four of the aircraft to be delivered in 2019, has also taken purchase rights and options on a total of seven additional freighters.

DHL executive president of global network operations and aviation Charlie Dobbie describes the 777F as a "best-in-class fuel-efficient freighter" and says the deal marks a partial fleet renewal by DHL. 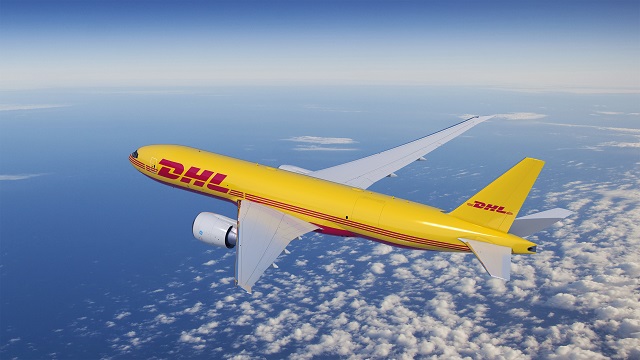 The 14 aircraft would roughly double the number of 777Fs flying for DHL, which outsources 777F operations to US-based Southern Air and Germany-based AeroLogic. Those carriers currently operate 15 777Fs for DHL.

"The aircraft type has proven to be the most-reliable large freighter connecting the major markets across the globe," DHL says.

Prior to the DHL deal, Boeing held unfilled orders for 53 777Fs. But that figure included – in the "unidentified customers" category – "a portion" of the aircraft in DHL's order, Boeing says.

The DHL and FedEx deals come amid an ongoing uptick in air cargo and surging demand for shipments of e-commerce products.

After years of stagnation, demand for global air freight surged 9% year-over-year in 2017, though demand growth has since slowed, according to IATA data.